Michigan announced the final round of "mobility" grants for projects to help transport seniors, the disabled and veterans. 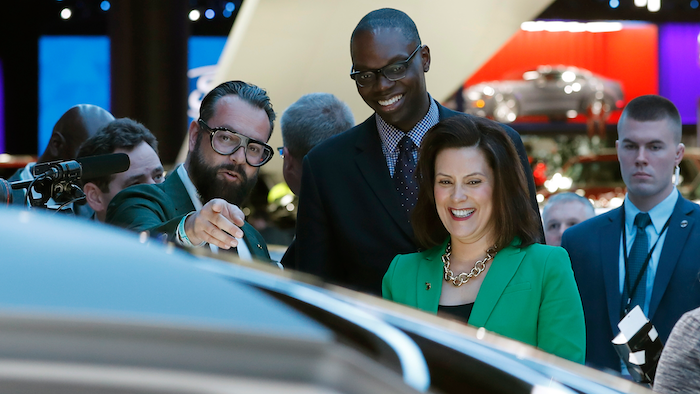 The state of Michigan on Tuesday announced the final round of "mobility" grants it gives out to encourage pilot projects to help transport seniors, the disabled and veterans with autonomous vehicles and other technology.

The nearly $4.8 million will provide short-term funding for an autonomous electric shuttle at the Battle Creek VA Medical Center and an online booking and trip management platform for people with disabilities who use special transportation services in the Detroit area. Other funds will support a ride-sharing app for paratransit users in Grand Rapids and a ride-sharing platform in the central Upper Peninsula.

"Too often when we talk about mobility, we have a tendency to go straight to self-driving cars and autonomous vehicles. But what we really should be talking about is how this technology and innovation that is happening right now can impact and improve the quality of life for people," Gov. Gretchen Whitmer said while announcing at the North American International Auto Show, her first time attending as governor. She was joined by top state transportation and economic development officials.

The first round of grants — nine projects totaling about $3.2 million — was announced in October, months after former Gov. Rick Snyder helped to unveil the Michigan Mobility Challenge.

Whitmer said mobility technology has the potential to help seniors, veterans and people with disabilities "fully participate" in society by doing things that "so many of us just take for granted" — like going to the doctor and buying groceries.

The grants will subsidize a portion of the costs to plan, implement and monitor services for three to six months. Remaining costs would be covered by fares, local contributions and other funds.

Disabilities advocate Kimberly Kennedy, a Navy veteran from Grand Rapids who uses a wheelchair, said it is difficult for the disabled to find transportation. She recounted how she had scheduled rides from Uber only to have drivers not stop after seeing her in the wheelchair.

She called the $373,000 grant for paratransit bus services in the Grand Rapids area "just awesome." The state Department of Transportation said the funding will improve riders' experience by shortening the duration of trips and allowing same-day reservations.

"I think that this is going to be a great improvement to our transportation," Kennedy said.