The company said that it delivered over 245,000 electric cars and SUVs last year, nearly as many as all previous years combined. 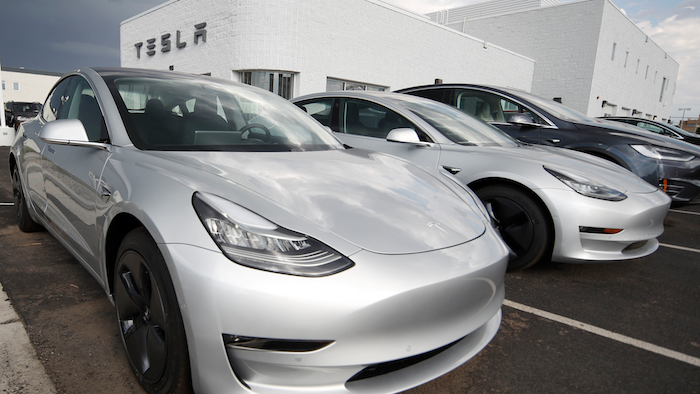 In this July 8, 2018, photo 2018 Model 3 sedans sit on display outside a Tesla showroom in Littleton, Colo.
AP Photo/David Zalubowski, File

The company said in a statement before the markets opened that it delivered over 245,000 electric cars and SUVs last year, nearly as many as all previous years combined.

But it also said it would cut prices of its three models by $2,000 to help customers handle the gradual phase-out of federal electric vehicle tax credits. On Jan. 1 the federal credit for Tesla buyers dropped from $7,500 to $3,750. It will gradually be phased out this year.

The company's deliveries for the full year matched Wall Street estimates, but its figures for the fourth quarter fell short. Tesla said it delivered 90,700 vehicles from October through December. Analysts polled by data provider FactSet expected 92,000. Tesla said fourth-quarter deliveries were 8 percent higher than its previous quarterly peak in the third quarter of 2018.

The company says it produced nearly 87,000 vehicles in the fourth quarter, also 8 percent above its previous quarterly record set in the third quarter.