Its vehicles must have at least one human backup driver — two if it plans to go over 25 miles per hour — during tests in Allegheny County, Penn. 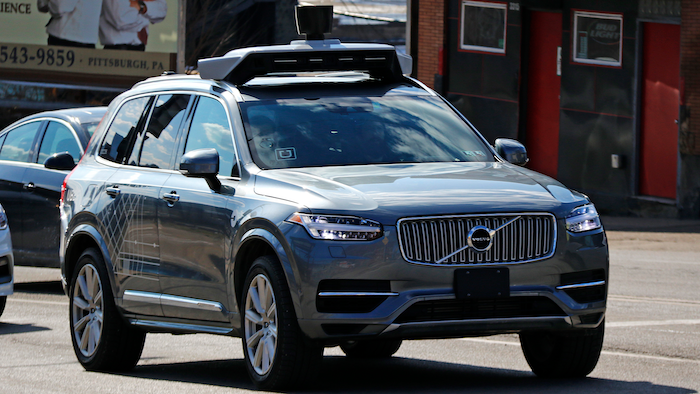 The Pennsylvania Department of Transportation has approved Uber's request to resume testing of autonomous vehicles on public roads in the Pittsburgh area.

The approval, effective Monday and lasting for one year, comes about nine months after one of Uber's autonomous test vehicles hit and killed an Arizona pedestrian. Testing was suspended after March 18 crash in Tempe, Arizona.

Uber can test throughout Allegheny County, where Pittsburgh is located. Its vehicles must have at least one human backup driver and two if the company plans to go over 25 miles per hour (40 kph), department spokeswoman Erin Waters-Trasatt said.

Uber spokeswoman Sarah Abboud confirmed the approval but declined to say when the testing would resume.

The ride-hailing company had previously said it wanted to resume testing in a Pittsburgh entertainment, shopping, office and residential area called the Strip District, where its automated vehicle operations are located. Speed limits on most roads in the district are no higher than 25 mph, and it has narrow roads, railroad tracks, potholes and numerous pedestrians that present challenges for self-driving vehicles. Uber also has said it would test only during daytime hours and not in inclement weather.

The company filed an application to restart testing back in November, as it issued a lengthy safety report pledging to put two human backup drivers in each vehicle and take a raft of other precautions to make the vehicles safe.

Company officials have acknowledged they have a long way to go to regain public trust after crash that killed Elaine Herzberg, 49, as she crossed a darkened Arizona road outside the lines of a crosswalk.

Police said Uber's backup driver in the autonomous Volvo SUV in Arizona was streaming the television show "The Voice" on her phone and looking downward before the crash. The National Transportation Safety Board said the autonomous driving system on the Volvo spotted Herzberg about six seconds before hitting her, but did not stop because the system used to automatically apply brakes in potentially dangerous situations had been disabled. A Volvo emergency braking system also had been turned off.

Among the other precautions, San Francisco-based Uber will keep the autonomous vehicle system engaged at all times and will activate Volvo's automatic emergency braking system as a backup.

In addition, Uber is requiring more technical training and expertise of employees sitting behind the wheel of the vehicles, according to a 70-page safety report the company released last month.

Later Uber will pursue bringing its self-driving cars back to public roads in Arizona, California and Toronto, Ontario, its other test sites. Arizona suspended the company's permission to test after the crash.