The automaker says its future is in electric cars, but for now it is rolling out a more powerful version of its internal combustion mainstay. 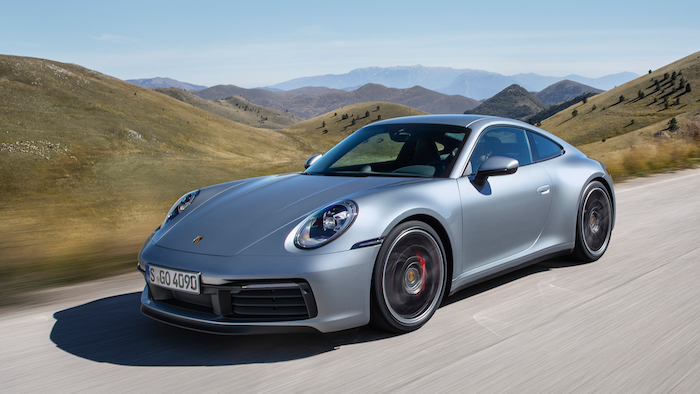 Porsche says its future is in electric cars but for now it is rolling out a more powerful version of its internal combustion mainstay, the sleek 911 sports car.

Stuttgart-based Porsche, part of Volkswagen, is to show off the eighth version of its brand-defining model at the Los Angeles Auto Show.

The new 911 doesn't look much different than earlier editions of the car. The new one has bigger wheel housings and a slightly wider body but the same long hood, sloping roof and prominent headlights that have marked successive versions since 1963.

The company said in a news release Wednesday that the new 911 Carrera S and 4S have flat six-cylinder turbocharged engines putting out 443 horsepower, 23 horsepower more than the predecessor. The Carrera S has a top speed of 191 mph and accelerates from zero to 60 mph (96.5 kph) in 3.5 seconds.

Porsche boss Oliver Blume says that the 911 remains "the core of our brand, we are making it even more emotional."

Blume says nonetheless by 2025 about half of all new Porsche cars and SUVs will have electric motors, whether they are all-electric or hybrids combining batteries with internal combustion engines.

He was quoted by the Welt am Sonntag newspaper as saying that the company would be ready for a world in which some cities and countries are talking about banning internal combustion cars in coming decades. "It's clear, the future belongs to electric mobility," he said.

The company is developing an all-electric sports car, the Taycan, that would compete with sports car offerings by Tesla, BMW and others.