An influx of vehicles that run solely on batteries almost certainly will pull buyers from current leader Tesla. 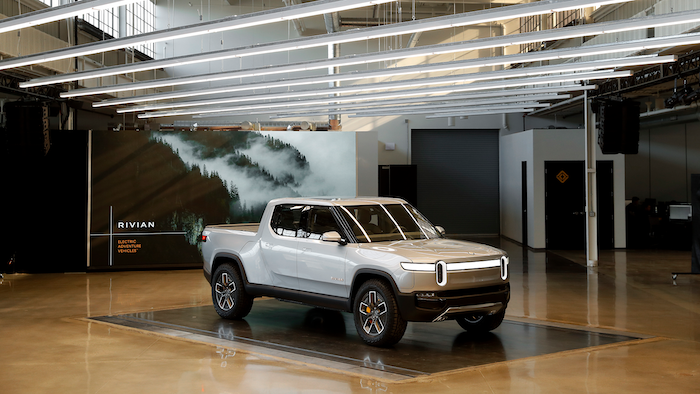 In a renovated old cash register factory in suburban Detroit, 300 engineers are toiling away on an all-electric pickup truck and an SUV that they hope can take on Tesla.

All of them work for Rivian, which on Monday will unveil the two vehicles ahead of the Los Angeles Auto Show. It is among a growing line of startups and established automakers looking to enter the fully electric vehicle market.

The influx of vehicles that run solely on batteries almost certainly will pull buyers from the current leader, Tesla, which likely will deliver over 300,000 vehicles worldwide this year.

There also are electric car brands in China. The two biggest brands by sales — BYD Auto, a unit of BYD Corp. in Shenzhen, near Hong Kong, and state-owned BAIC Group in Beijing — are making inroads into foreign markets.

What is unknown, though, is whether the demand for electric vehicles will rise enough so that there's room for everybody. Currently the market is tiny. In the U.S., electric vehicles only amounted to 0.8 percent of new vehicle registrations through August this year, according to data from IHS Markit. But that's substantially more than the 0.5 percent at the same time in 2017. Automakers in the U.S. sold just over 155,000 fully electric vehicles through October, about 1 percent of total sales, Edmunds.com says.

Yet globally, Navigant Research predicts huge growth in the next seven years, from just over 1 million sales this year to 6.5 million by 2025.

As competition ramps up, prices are gradually coming down, edging closer to cars with internal combustion engines. At the same time, electric range is on the rise.

For instance, Rivian is promising that the top version of its R1T pickup will have more than 400 miles (644 kilometers) of battery range per charge when it goes on sale in late 2020. The five-seat pickup is aimed at a market Tesla is not yet in, an off-road capable truck with outdoorsy features.

Rivian, headquartered in Plymouth Township, Michigan, says the R1T can go fast on pavement, with one electric motor per wheel taking it from zero-to-60 mph (97 kilometers per hour) in three seconds. It also has a retractable bed cover, and storage space running across the width of the truck behind the rear seats that can carry surfboards, snowboards or skis. It has a unique white horizontal light bar across the front with oval headlamps.

CEO R.J. Scaringe, 35, who has a Ph.D in mechanical engineering from the Massachusetts Institute of Technology, said exact pricing will be announced later, but a basic truck with smaller 230-mile (370 kilometers) battery pack will start under $70,000. A truck with the longer-range battery will be around $90,000, he said.

The small startup still has a long way to go to sell vehicles, even though it says it has $500 million in funding. It has to develop a sales and service network, announce a battery cell supplier and start producing vehicles in a former Mitsubishi Motors plant it owns in Normal, Illinois.

IHS analyst Stephanie Brinley says Tesla may lose sales for a time as competitors bite into a slow-growing market. But eventually she thinks electric vehicle sales will take off and Tesla sales will rise.

At least publicly, Tesla CEO Elon Musk has said many times the competition is good, fostering the company's goal of sustainable transportation.

"It is impossible for Tesla to build electric cars fast enough to address the carbon crisis," Musk wrote in a 2014 blog. "Our true competition is not the small trickle of non-Tesla electric cars being produced, but rather the enormous flood of gasoline cars pouring out of the world's factories every day."