The request comes as a safety group demands the recall of 2.9 million cars and SUVs in the U.S. 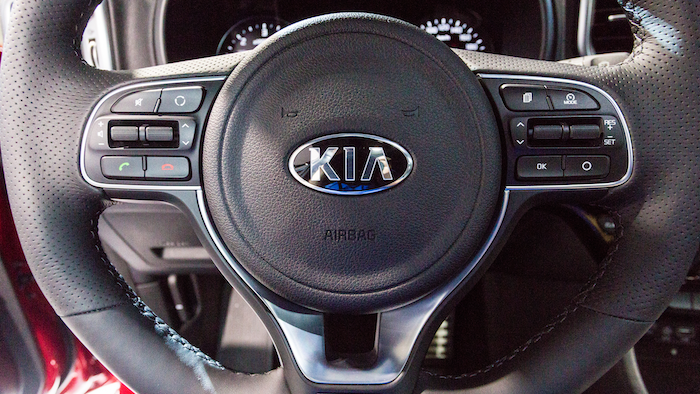 A Senate committee is asking executives of auto makers Kia and Hyundai to testify next month about fire risk in their vehicles.

The request comes as a safety group demands the recall of 2.9 million Kia and Hyundai cars and SUVs in the U.S. because of consumer complaints that they can catch fire without being involved in an accident.

The Republican chairman and top Democrat on the Senate Commerce Committee, John Thune of South Dakota and Bill Nelson of Florida, wrote to SeungKyu Yoon, CEO of Kia Motors America, and Kyung Soo Lee, CEO of Hyundai Motors America, inviting them or their designees to a hearing Nov. 14. A committee spokesman said the date of the hearing could change.

The committee made the letters public Wednesday.

A Hyundai spokesman, Michael Stewart, said the company was reviewing the invitation. "Hyundai actively monitors and evaluates potential safety concerns, including non-collision fires, with all of its vehicles and acts swiftly to recall any vehicles with safety-related defects," he said in an emailed statement.

A Kia spokesman said that company also was reviewing the matter.

The Center for Auto Safety says that since 2010, there have been more than 220 complaints to the government about fires and another 200 complaints about melted wires and smoke. The complaints involve the 2011-2014 Kia Sorento and Optima, the 2010-2015 Kia Soul, and the Hyundai Sonata and Santa Fe.

The center's executive director, Jason Levine, said the group was pleased that the committee intended to hold a hearing "to demand answers from these CEOs."

The deal will create the globe’s fourth-largest carmaker.
Oct 28th, 2020

The Spring Hill plant will be the third GM site in the U.S. to build electric vehicles.
Oct 21st, 2020
Follow Us
Most Recent