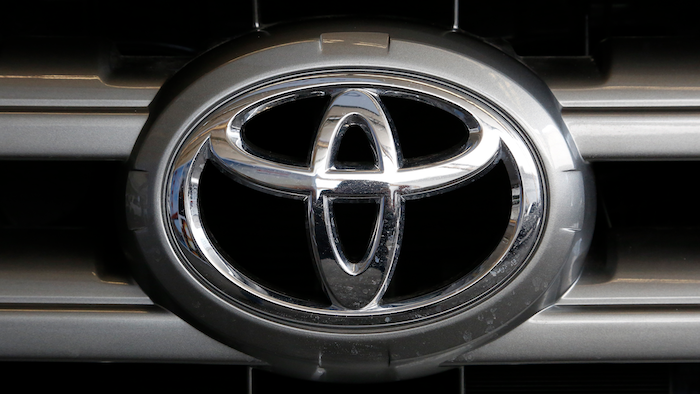 This Feb. 11, 2016, file photo shows a Toyota logo on the hood of a 2016 Toyota Sequoia on display at the Pittsburgh International Auto Show in Pittsburgh.
AP Photo/Gene J. Puskar, File

Toyota is recalling nearly 188,000 pickup trucks, SUVs and cars worldwide because the air bags may not inflate in a crash.

Toyota says the air bag control computer can erroneously detect a fault when the vehicles are started. With a fault, the air bags may not deploy in a crash. The company wouldn't say if the problem has caused any injuries.

Toyota will notify owners and dealers will update the air bag control software. The recall is expected to begin Oct. 22.

Toyota says the recall covers about 185,000 vehicles in North America and 2,600 in other markets.