The rear brake caliper pistons can contain trapped hydrogen gas that could make the brakes feel soft and increase the risk of a crash. 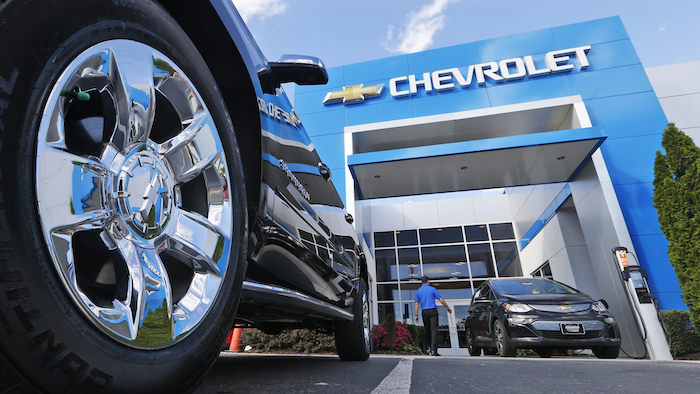 This Wednesday, April 26, 2017, photo shows the logo on the wheel of an SUV in front of a Chevrolet dealership in Richmond, Va.
Steve Helber/Associated Press

General Motors is recalling more than 240,000 vehicles, mainly in the U.S. and Canada, to fix a problem that could hamper rear brake performance.

The recall covers many GMC Terrain, Buick Lacrosse and Regal, Cadillac XTS and Chevrolet Cruze, Equinox, Volt, Impala and Bolt vehicles from 2018 and 2019. Also covered is the 2018 Chevrolet Malibu.

GM says the rear brake caliper pistons can contain trapped hydrogen gas that could make the brakes feel soft and increase the risk of a crash. GM says it's not aware of any crashes.

Dealers will bleed the brakes to remove gas. Once the gas is out GM says the problem won't happen again.

GM is preparing to notify owners, but those with concerns can call dealers and schedule repairs now.