The lawsuit, which seeks class action status to represent other shareholders, was at least the seventh filed against Tesla over Elon Musk's ill-fated go-private escapade. 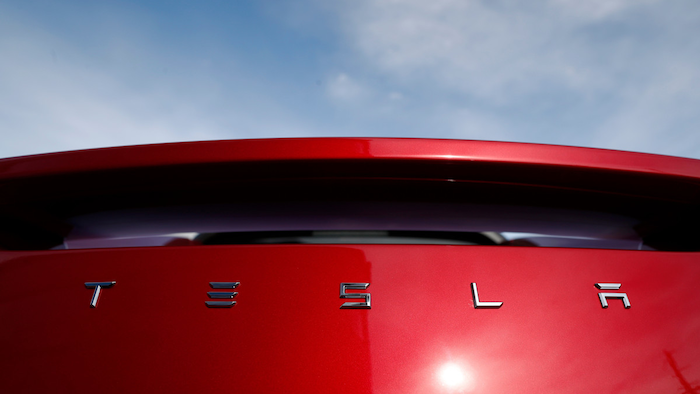 In this April 15, 2018, file photo, the sun shines off the rear deck of a roadster on a Tesla dealer's lot in the south Denver suburb of Littleton, Colo.
David Zalubowski, Associated Press

Tesla has been sued again by an investor who alleges that CEO Elon Musk artificially manipulated the stock price to damage investors who bet against his company.

The lawsuit filed Thursday by short-seller Andrew Left alleges that Tesla and Musk damaged all shareholders when Musk tweeted Aug. 7 that he had secured funding to take the company private at $420 per share. The tweets pushed the electric vehicle maker's stock price up 11 percent that day. But it subsequently fell when Musk revealed that funding wasn't locked down.

On Aug. 24 Musk put out a statement saying the go-private deal was off.

The lawsuit, which seeks class action status to represent other shareholders, was at least the seventh filed against Tesla in U.S. District Court for Northern California over Musk's ill-fated go-private escapade. Tesla wouldn't comment Thursday.

Left, editor of the Citron Research investment newsletter, alleges that Musk tried to "burn" short-sellers who borrow Tesla stock with hopes that the price will fall and they can replace the shares at a lower cost. The lawsuit contends that Tesla and Musk "artificially manipulated the price of Tesla securities by issuing materially false and misleading information."

Musk and Tesla violated securities laws with the tweets, which are being investigated by the U.S. Securities and Exchange Commission, according to the lawsuit.

Left is seeking unspecified damages as well as attorney's fees.