The European Automobile Manufacturers' Association claimed that because all-electric vehicles require fewer parts and maintenance, fewer workers will be required. 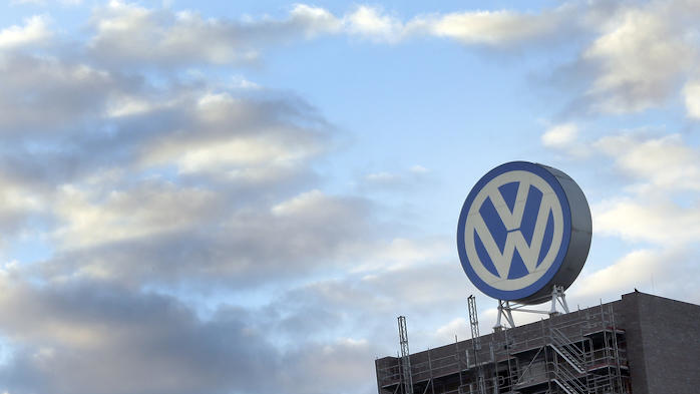 According to the European Commission, cars are responsible for about 12 percent of total emissions of CO2, the main greenhouse gas, in the 28-nation bloc.

The ACEA cited a self-commissioned report, which claimed that because all-electric vehicles require fewer parts and maintenance, fewer workers will be required. The Brussels-based group said the auto industry accounts for over 11 percent of EU manufacturing employment.

The European Parliament's environment committee is expected to vote next week on new emissions targets for the period after 2020. The parliament's plenary would then vote on the issue in early October.

The EU's existing target is for new cars to have average CO2 emissions of 95 grams per kilometer by 2021 — equivalent to fuel efficiency of 4.1 liters of gasoline per 100 kilometers, or 57.4 miles per gallon. That is a drop of 40 percent from the 2007 average of 158.7 grams per kilometer.

So far, the industry is struggling to meet that target, with the average last year being over 118 grams.

The recent scandal over Volkswagen's cheating on diesel emissions tests has contributed to a rise in sales of cars that run on gas — which emit more CO2.

The ACEA argues that requiring automakers to cut carbon emissions by a further 30 percent compared with 2021 — as is now being proposed — would be unrealistic.

The auto lobby's jobs warning comes as diplomats from about 190 countries are meeting in Bangkok to discuss progress on the Paris climate agreement. Signatories of the 2015 accord are trying to agree on formal guidelines that governments have to follow in their efforts to keep global warming below 2 degrees Celsius by the end of the century.

World leaders will gather in Katowice, Poland, at the end of the year to approve the final text.

Michael Cramer, a member of the European Parliament for Germany's Green party, accused the ACEA of trying to panic lawmakers.

"There's absolutely no point in complaining that jobs are being lost," he said, adding that carmakers would do better to embrace innovation and change. "The auto industry mustn't make the mistakes made by the energy industry, which ignored renewable energy for decades."