Why the UAW GM Strike is Headed for Failure

The strike is likely doomed to fail. 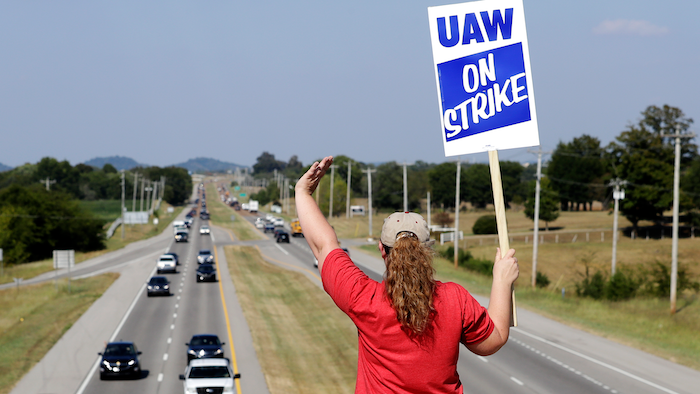 The United Auto Workers union has a long history of successful strikes against General Motors.

The most famous example is the 1936 to 1937 Flint strike that resulted in higher wages and the union being recognized for the first time as the sole collective bargaining representative of workers by GM. For the next 15 years, UAW strikes were relatively common and extremely successful, culminating in the Treaty of Detroit in 1950, which shaped management-labor relations for decades. Even today, worker strikes in most industries are still generally considered an effective tactic.

So when UAW on Sept. 15 began its first nationwide strike against GM in more than a decade – for, among other things, higher wages and an end to its two-tiered salary system – you might think workers stood a reasonable chance to win the concessions they sought.

My research into the history of the U.S. auto industry, however, suggests that the strike is likely doomed to fail.

In “Wrecked: How the American Automobile Industry Destroyed Its Capacity to Compete,” sociologist Michael Schwartz and I looked at the history of labor relations and production systems in the U.S. and Japanese auto industry to better understand the decline of the “Big Three” automakers – General Motors, Ford and Fiat Chrysler.

In the process of our research we also gained an understanding of what makes an auto strike successful. Essentially, for a strike to achieve its aims, workers need sufficient leverage over production to be able to disrupt normal functioning for long enough that it would be cheaper for the company to offer the concessions. Put another way, workers have to cause the automaker enough pain to make it cry uncle.

The longer and more disruptive a strike is, the larger the concessions. Higher levels of what we call structural leverage mean that a relatively small number of workers can cause maximal disruption.

During the first half of the 20th century, General Motors produced cars using a just-in-time delivery system called “flexible production.” The automaker carried no stockpiles of inventory; it ordered vehicle components as it needed them. It also clustered its suppliers – which were often the sole source of key parts – around its American plants, where virtually all of its cars were built at the time.

This made it easy for striking workers to cause the disruption they needed to extract major concessions from GM. For example, the Flint strike in 1936 and 1937 resulted in the closure of key plants, which shut down 75% of GM’s production.

This high level of structural leverage helped UAW strikes to be consistently successful, whether they were national strikes or small wildcat strikes conducted by workers against the will of leadership.

GM and other U.S. auto companies abandoned flexible production during the 1950s and ‘60s to weaken labor’s leverage, as we learned in our research. Today GM carries large stockpiles of inventory, and its suppliers and assembly plants are located all over the world. Just 28% of its workforce is in the U.S., and its cars don’t rank high on an index measuring how much of a car is made in the United States.

The result of the current production structure is that while a national strike shuts down U.S. production, that is only a minor part of GM’s total capacity.

Further, the strike’s expected costs to GM are a drop in its bucket. Some analysts are estimating that the strike will cost GM US$50 million to $100 million per day. Even if the strike lasts a month, that’s a tiny fraction of GM’s $147 billion in 2018 sales.

Finally, union leadership hampered the strike’s effectiveness before it even began by publicly announcing their plan. This gave GM extra time to prepare by stocking up on inventory.

This isn’t to say that it’s impossible for auto workers to launch a successful strike in today’s environment. It’s just that it’ll take a lot longer. And this matters because striking workers suffer during strikes. Their pay goes from $16 to $38 per hour to about $1.25 per hour, which they get out of the union’s strike fund.

While it’s not impossible that workers will wait out GM and win major concessions, but given the structure they are operating in, it is unlikely.

This article is republished from The Conversation under a Creative Commons license. Read the original article here: http://theconversation.com/why-the-united-auto-workers-gm-strike-is-headed-for-failure-123945.