Jeff Pietrzyk is accused of accepting at least $70,000 from a chiropractor who was paid millions to make watches for GM workers. 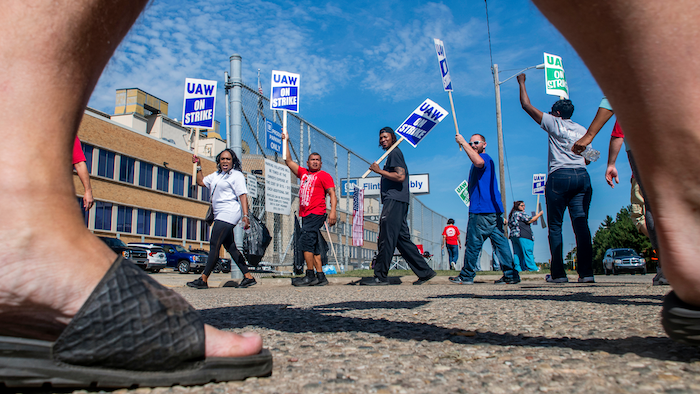 DETROIT (AP) — Federal prosecutors in Detroit have filed charges against an 11th person in an investigation of corruption in the United Auto Workers.

Jeff Pietrzyk is charged with conspiracy. He's accused of accepting at least $70,000 in 2013-14 from a chiropractor who was paid millions of dollars to make watches for General Motors workers. Investigators also say Pietrzyk was a middleman who passed cash to someone identified as Union Official 1.

The charges were filed in a document titled criminal "information," which means a guilty plea is likely. The new case was filed Friday on the fifth day of the UAW's strike against GM. Defense attorney Robert Singer says Pietrzyk's role was "much more limited" than others in the scheme.

Pietrzyk of Grand Island, New York, was an administrative assistant who worked closely with Joe Ashton, now retired as a UAW vice president.