A technical fault occurred in the third and final ignition stage. 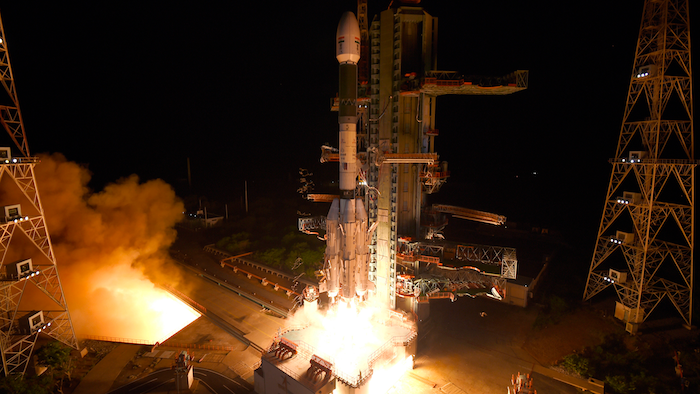 NEW DELHI (AP) — An Indian rocket failed in its attempt Thursday to put a satellite into orbit to provide real-time images used to monitor cyclones and other potential natural disasters.

A technical fault occurred in the third and final ignition stage shortly after the rocket was launched from the space center in Sriharikota in southern India, the country's space agency said.

The satellite was to be geostationary, meaning it would orbit in sync with the Earth and remain over a fixed position. It would provide images of cloud bursts and thunderstorms and obtain data for agriculture, forestry and marine purposes.

The space agency did not disclose what would happen to the rocket and satellite after the ignition failure.

“Since the third stage has not ignited, it has not attained the velocity which would keep it in orbit. It will fall back to Earth sometime soon. Tracking will tell that later,” said Pallava Bagla, an outside expert.

This was the fourth failure of 14 rocket launches of a geostationary platform since 2001, the Economic Times newspaper said.

India has an ambitious space program with decades of research allowing it to develop satellite, communications and remote sensing technologies that are helping solve everyday problems at home, from forecasting fish migration to predicting storms and floods.

The government has set a deadline of 2022 for India’s first manned spaceflight.

In 2019, India sent a spacecraft to explore water deposits on the far side of the moon but couldn't successfully land the vessel on the lunar surface.