It was the company’s sixth straight month of positive net orders. 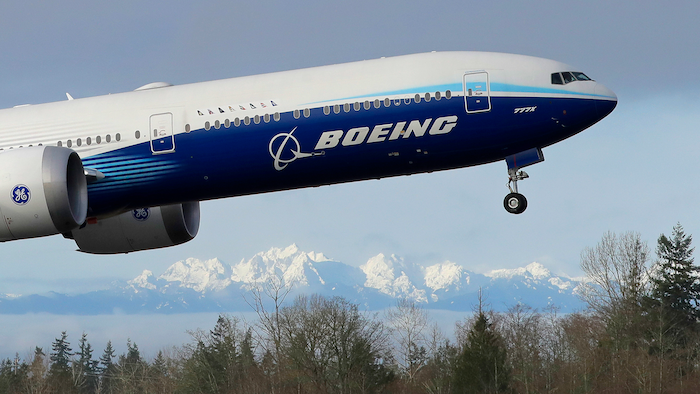 In this file photo, a Boeing 777X airplane takes off on its first flight.
AP Photo/Ted S. Warren, File

Boeing said Tuesday that it took orders for 31 planes in July while 17 others were canceled, resulting in a net gain of 14. That compared with two orders for Airbus.

It was Boeing’s sixth straight month of positive net orders after seeing cancellations exceed orders for most of 2020. Boeing has reported 270 net orders so far in 2021.

For the year, Boeing has delivered 184 planes — more than all of 2020 — despite another halt in shipping its 787 jet because of production flaws in the fuselage and nose. Last month, the company said it will cut production of 787s.

Deliveries are critical for aircraft companies because buyers usually pay much of the purchase price when they get the plane.