The agreement comes less than a month after the first successful flight of its air-launched rocket. 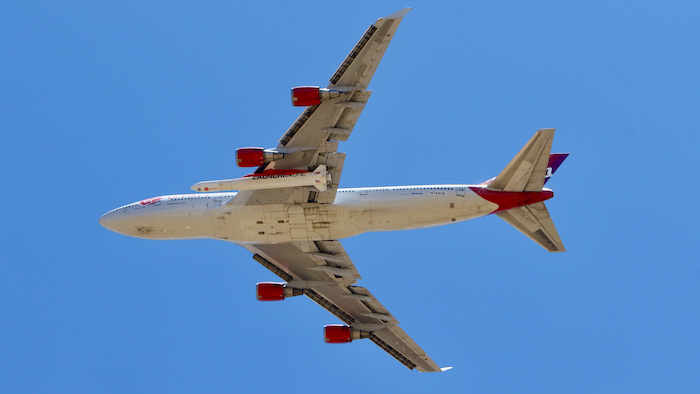 LONG BEACH, Calif. (AP) — Southern California-based Virgin Orbit said Tuesday it has signed an agreement to launch a pair of small satellites for a Polish company later this year.

The agreement with SatRevolution of Wroclaw, Poland, comes less than a month after Virgin Orbit conducted the first successful flight of its air-launched LauncherOne rocket.

The two satellites are intended to be part of a 14-satellite Earth observation constellation and will collect multispectral imagery and data for agricultural and energy customers in the U.S., Poland and elsewhere, a Virgin Orbit statement said.

SatRevolution ultimately plans to have more than a thousand small satellites in low Earth orbit by 2026 for continuous observations.

Long Beach-based Virgin Orbit also recently announced that it has been selected by a Dutch company, Innovative Solutions in Space, to launch the Royal Netherlands Air Force’s first satellite. The satellite will be used for communications experiments and to demonstrate how very small satellites can be militarily useful.

Virgin Orbit, founded by Richard Branson, uses a modified Boeing 747-400 jet to carry the LauncherOne rocket to high altitude, where it is released from beneath a wing and then ignites its motor.