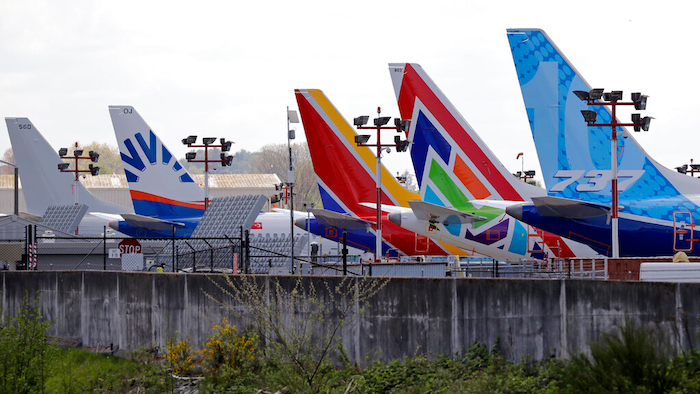 Susan Doniz, vice president for information technology and data analytics for Boeing, told employees Thursday that the eliminated jobs represent about 10% of the company's IT staff, The Seattle Times reported.

Doniz said affected employees, most of whom are not unionized, must either find different work within the company, apply to work for Dell or be laid off.

The move is expected to increase the company's efficiency, simplify operations and “advance our digital transformation,” she said.

Boeing declined to provide a breakdown of the affected jobs by state. The Times suggested in its report that the biggest layoff hits could come at Boeing's major offices in the Puget Sound region, St. Louis and Charleston, South Carolina.

“This is a change we would have made even without a global pandemic,” Doniz said. She added that the pandemic “certainly quickened our pace.”

Company officials have also announced plans to reduce factory and office space by more than 5 million square feet (465,000 square meters) over the next few years, and move toward a more remote operation.

Boeing shed 20,000 jobs companywide last year and has said it needs to cut 11,000 more this year, making it harder for the affected IT employees losing their jobs to find new work in the company.