She severed main and standby communication lines between air traffic controllers and about 10 planes in two separate incidents. 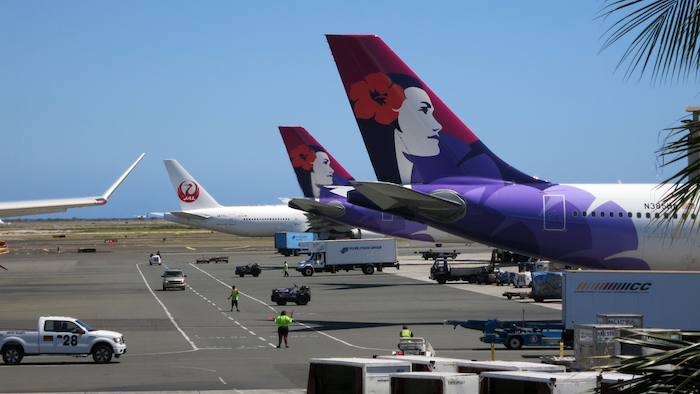 HONOLULU (AP) — A longtime federal employee has been fined $5,000 and given two years of probation for cutting communication between air traffic controllers and planes flying above Honolulu in early 2019.

Joelyn DeCosta was sentenced this week by a federal judge after pleading guilty to maliciously interfering with a federal communication system. In a plea deal, she agreed to resign her job as a transportation-systems specialist and forfeit retirement benefits worth more than $500,000, according to federal prosecutors.

One of the pilots testified about the danger that was posed to his plane and its 40 passengers.

The outages affected airspace used for flights between Oahu and five other Hawaiian islands.

DeCosta, 48, of Honolulu, had worked for the Federal Aviation Administration for 26 years.