Boeing to Give Employee Bonuses Despite Losing $12B Last Year

The company adjusted its incentive structure in an effort to resume deliveries of the 737 Max. 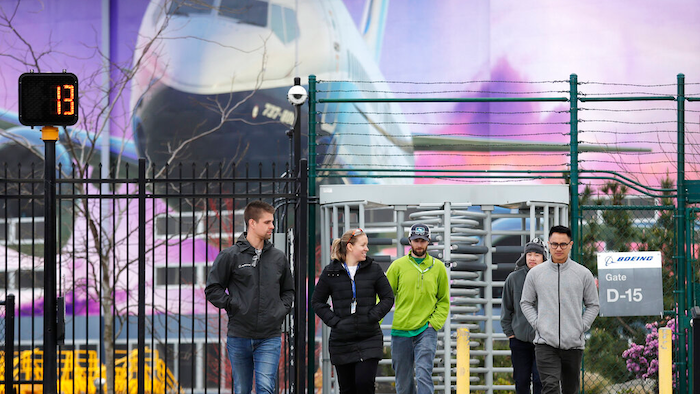 SEATTLE (AP) — Boeing Co. has said it will dole out annual performance bonuses next month to most employees despite losing $12 billion over the last year during the coronavirus pandemic.

Most of the company's employees did not receive annual bonuses last year after it lost $636 million in 2019 because of the grounding of the 737 MAX by the Federal Aviation Administration, The Seattle Times reported.

In response, the company in February changed the structure of its incentive plan, tying its financial goals to the timing of the first delivery of a 737 MAX after its ungrounding. The company's bonuses were previously paid out based on profits.

Boeing CEO Dave Calhoun told employees on Thursday that the company's board of directors “recognizes the important strides the team has made.”

The 737 MAX was ungrounded in mid-November and the company delivered the first one on Dec. 8, ensuring there would be a bonus under the new incentive plan.

The bonuses are expected to be distributed next month and will vary depending on the department.

Employees also receive personalized performance scores from their managers, which adjust the payout.

For example, a commercial airplanes employee with a high performance score of 6%, will receive a 2020 annual bonus equal to 58% of 6%, or 3.5% of gross annual salary.

The company declined comment on how incentives at the management level are structured.

Separate figures made public on Monday show that the company shrank last year, overall and in Washington state.

The company's operations in Washington state were hit hardest because its commercial airplanes unit suffered the biggest financial hit from the MAX grounding and the huge reduction in air travel due to the pandemic.

Boeing said it shed 14,000 company jobs in Washington state, leaving the company with 56,908 jobs in the state.