The Falcon 9 rocket will carry 3 tons of supplies to the International Space Station. 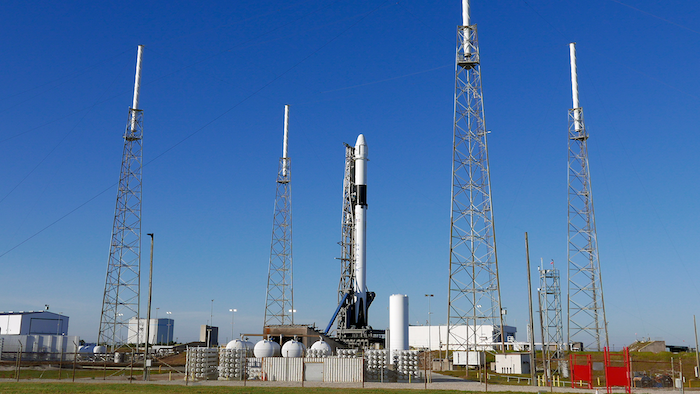 CAPE CANAVERAL, Fla. (AP) — SpaceX has delayed its delivery to the International Space Station because of dangerous wind gusts.

The Falcon 9 rocket came less than an hour from launching Wednesday. But the company halted the countdown because of excessive upper-level wind at Cape Canaveral and also out in the Atlantic. SpaceX wants to land the brand new booster on an offshore barge following liftoff so it can be reused.

SpaceX said it would try again early Thursday afternoon. While the wind should be calmer, it may be cloudier.

The Dragon capsule contains 3 tons of supplies for NASA, including "mighty mice" for a muscle and bone study and barley for a beer-malting experiment. This will be the third trip to the space station for this recycled Dragon.

SpaceX has been restocking the orbiting lab since 2012. Northrop Grumman is NASA's other private shipper.