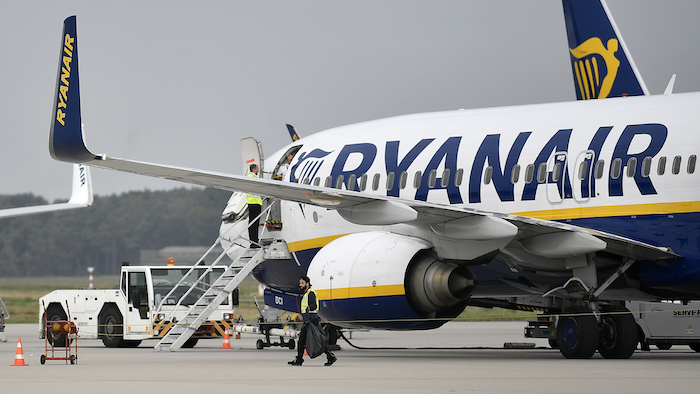 In this Sept. 12, 2018 file photo, a Ryanair plane parks at the airport in Weeze, Germany.
AP Photo/Martin Meissner, File

LONDON (AP) — Europe’s busiest airline, budget carrier Ryanair, says it is closing bases in Nuremberg, Germany, and Stockholm, Sweden, because of delays to deliveries of Boeing 737 Max airplanes, which have been grounded for months over security concerns.

The company said in a statement Wednesday that it now expects to receive 10 aircraft rather than the 20 previously planned.

As a consequence, the low-cost carrier is predicting passenger traffic will drop from 157 million to 156 million.

The company says it expects to cut summer capacity in a number of other existing bases and is currently “in discussions with our people, our unions, and our affected airports to finalize these minor reductions.’’

The Boeing plane has been grounded globally after two fatal crashes.