Big problems need to be solved before astronauts fly in private capsules. 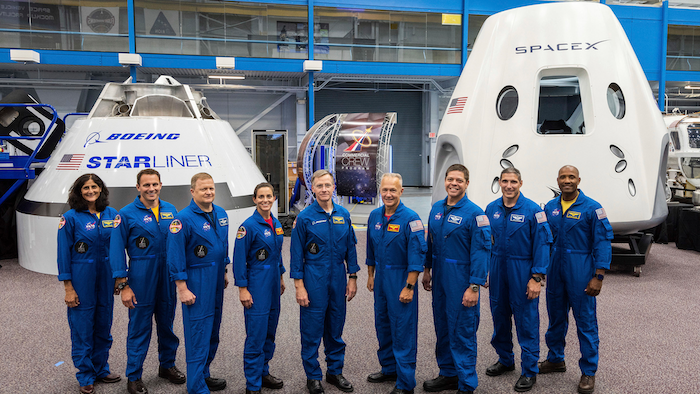 In its report, NASA’s inspector general office noted Boeing and SpaceX are several years late in transporting crews to the International Space Station. The private capsules likely won’t be certified before next summer, according to the report, and NASA should set a realistic timetable to avoid compromising safety.

NASA officials concurred with this and most of the other recommendations in the 53-page audit.

The auditors reported, meanwhile, that NASA overpaid Boeing $287.2 million to keep the company moving forward. Most of this overcharge was unnecessary, they said, a point with which NASA disagreed.

The report shows, on average, a seat on Boeing’s Starliner capsule will cost $90 million, almost double the price of a ride on SpaceX’s crew Dragon, at $55 million. That’s based on a crew of four flying one or two times a year.

In case of further delays by Boeing and SpaceX, NASA is seeking to buy extra seats on Russian rockets in 2020 and 2021, another recommendation of the auditors. NASA has been paying Russia to ferry astronauts to the space station since the shuttles stopped flying in 2011; the most recent price was about $82 million a seat.

SpaceX test-fired the launch escape engines on one of its capsules Wednesday at Cape Canaveral, an apparent success. Last April, the same test resulted in the destruction of the capsule.

Next up for SpaceX — possibly next month — is a test of the emergency escape system during an actual launch. That would be the last major flight hurdle for SpaceX before launching a pair of NASA astronauts to the space station sometime next year.

Boeing aims to launch a Starliner — minus a crew — to the space station in mid-December. SpaceX conducted a similar test flight in March.

During a visit to NASA’s Ames Research Center in Northern California on Thursday, Vice President Mike Pence said astronauts would be launching again from Cape Canaveral by spring. He did not indicate which company might be first.

Boeing and SpaceX have made significant progress during these past eight years, NASA Inspector General Paul Martin and his auditors concluded in Thursday’s report.

“However, after more than 2 years of delays both contractors will miss the current schedule to begin crewed test flights in late 2019,” they wrote. “Addressing outstanding technical challenges, safety and performance testing, and verification of the contractors’ requirements, hazards, and safety concerns likely will take significant time to complete.”