The numbers include a woman killed after an engine blew apart on a Southwest flight and broke the window next to her. 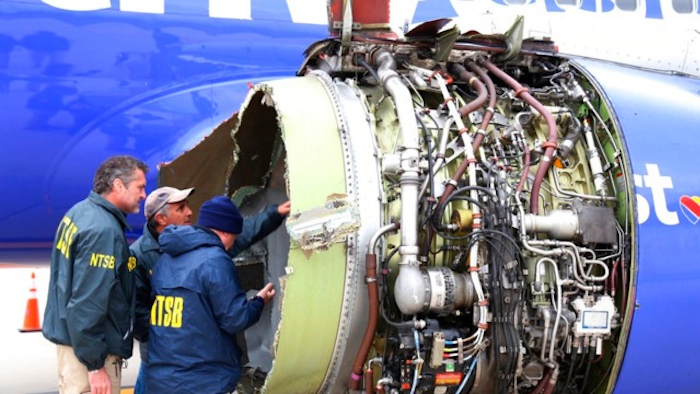 National Transportation Safety Board investigators examine damage to the engine of the Southwest Airlines plane that made an emergency landing at Philadelphia International Airport in Philadelphia on Tuesday, April 17, 2018. The Southwest Airlines jet blew the engine at 32,000 feet and got hit by shrapnel that smashed a window, setting off a desperate scramble by passengers to save a woman from getting sucked out. She later died, and seven others were injured.
NTSB via AP

All but a dozen of the deaths occurred in general aviation, which usually involves small private planes.

However, the numbers include a woman killed after an engine blew apart on a Southwest flight and broke the window next to her. That was the first death due to accident on a U.S. commercial airline since 2009.

The National Transportation Safety Board released the figures Thursday. It did not break down the accidents by cause.

According to board data, so far this year 348 people have died in U.S. crashes, a slightly higher pace than 2018.