Southwest said repairs on some used Boeing 737 jets bought from foreign airlines were not properly classified by previous owners. 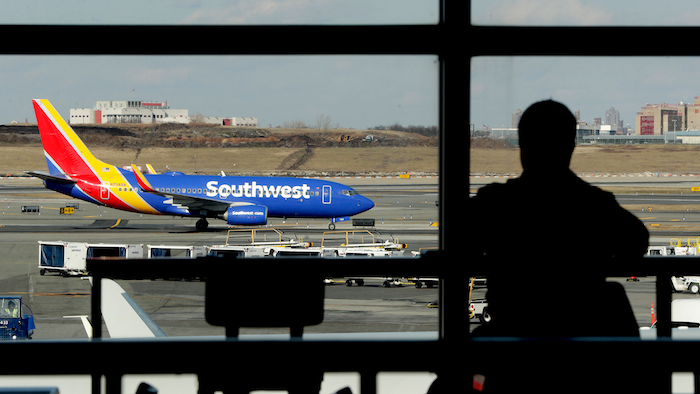 In this Jan. 25, 2019, file photo, a Southwest Airlines jet moves on the runway at LaGuardia Airport in New York.
AP Photo/Julio Cortez, File

DALLAS (AP) — Southwest Airlines says it will speed up inspections of dozens of used planes it bought from foreign airlines after federal regulators threatened to ground the jets because they might not meet all safety standards.

The Federal Aviation Administration said Monday that Southwest agreed to complete the inspections by Jan. 31, and that the agency will take more action if necessary.

Southwest downplayed any risk to safety. The airline said repairs on some used Boeing 737 jets had been done but were not properly classified by previous owners.

"Our actions did not stem from any suspected safety concerns with the aircraft but were an effort to reconcile and validate records and previous repairs," said a Southwest spokeswoman, Brandy King.

However, the chairman of the House Transportation Committee said recently he was skeptical that all the planes yet to be inspected are airworthy.

The issue involves 88 planes that Southwest has bought from more than a dozen foreign airlines since 2013. According to the Senate Commerce Committee, Southwest hired contractors to review maintenance records and then used authority delegated to it by the FAA to grant certificates that let it carry passengers on the planes.

In May 2018, an FAA inspector discovered discrepancies in some of the records. That prompted a review by Southwest, which turned up 360 major repairs that the airline didn't know about — they were not mentioned by the contractors. Southwest grounded four planes in October 2018 because of major reinforcing repairs that didn't meet FAA standards, and briefly grounded 34 more the next month for more limited visual inspections, according to FAA's chief auditor.

The FAA then gave Southwest two years — until July 1, 2020 — to inspect the planes and verify that all necessary maintenance and repairs had been done properly. On Oct. 29, the FAA manager responsible for overseeing Southwest said the airline had only evaluated 39 planes, a "slow pace."

If Southwest was slow to evaluate the remaining planes, "the FAA may exercise remedies up to and including grounding the aircraft," the FAA manager, John Posey, said in a letter to Southwest's chief operating officer, Mike Van de Ven.

Posey wrote that in reviewing the first 39 planes, Southwest found 30 undocumented repairs and 42 that did not conform to standards. He said FAA understood that Southwest had corrected those situations and all 39 planes met FAA airworthiness standards.

Peter DeFazio, D-Ore., chairman of the House Transportation Committee, called those findings "alarming" and "troubling." He said that given the record of undocumented repairs on planes that were inspected, he doubted that all the planes yet to be inspected were in airworthy condition. He raised his objections in a letter to FAA Administrator Stephen Dickson.

The FAA's chief auditor, Clayton Foushee, said Southwest admitted it had not even translated some maintenance records into English. He told Dickson it was "nonsensical" to claim that the planes held valid safety certificates, and he recommended grounding them for immediate inspections.

Southwest agreed to inspect and validate repair records on the last 38 planes by Jan. 31, five months earlier than the original deadline. Some are currently undergoing detailed maintenance checkups. The FAA said it is requiring more frequent updates from Southwest on the progress of its work.

The FAA's concern about the Southwest planes was first reported by The Wall Street Journal.

The planes involved are an earlier model of the Boeing 737 than the 737 Max, which has been grounded since March after two deadly accidents.