They will repair a power system failure at the International Space Station. 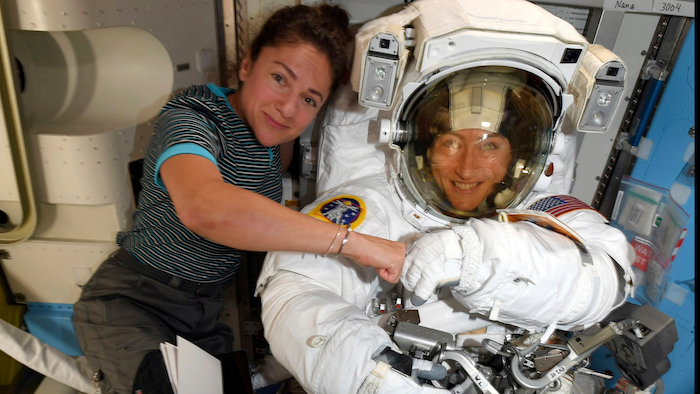 CAPE CANAVERAL, Fla. (AP) — NASA is moving up the first all-female spacewalk to this week because of a power system failure at the International Space Station.

Astronauts Christina Koch and Jessica Meir will now venture out Thursday or Friday, instead of next Monday, to deal with the problem. It will be the first spacewalk by only women in more than a half-century of spacewalking.

A critical battery charger failed over the weekend, prompting the change, NASA officials said Monday. The women will replace the broken component, rather than install new batteries, which was their original job.

Last week, astronauts conducted the first two of five spacewalks to replace old batteries that make up the station's solar power network. The remaining spacewalks — originally scheduled for this week and next — have been delayed for at least another few weeks so engineers can determine why the battery charger failed. It's the second such failure this year.

The devices regulate the amount of charge going to and from each battery. One didn't kick in Friday night, preventing one of the three newly installed lithium-ion batteries from working. The balky charger is 19 years old; the one that failed in the spring was almost as old. Only three spares remain available.

"It's absolutely a concern at this point when you don't know what's going on," said Kenny Todd, a space station manager. "We're still scratching our heads looking at the data. Hopefully, we can clear that up in relatively short order."

Despite the slight loss of power, the orbiting lab and its six occupants are safe, according to NASA, and science operations are unaffected. The current situation is "manageable, but again not something that we would want to live with in the long term," Todd told reporters.

NASA originally planned an all-female spacewalk last spring, but had to cancel it because of a shortage of readily available medium-size suits. Koch helped assemble an extra medium suit over the summer.

"Very good that we have 4 expert spacewalkers on board to shoulder this tough task. They are the A-team!" tweeted astronaut Anne McClain, who would have gone spacewalking with Koch in March if not for the suit-sizing issue.

While all four — two men and two women — are equally trained for the repair job, Koch and Meir are the right choices given the future spacewalking workload, officials noted.

Since the first spacewalk in 1965, there have been 227 spacewalkers, only 14 of them women. Meir will be making her first spacewalk and become No. 15. All but one of these women has been American.

The upcoming spacewalk will be "absolutely ... an exciting event," said Megan McArthur, deputy chief of NASA's astronaut corps. "The fact that it will be two women just is a reflection of the fact that we have so many capable, qualified women in the office."

Astronauts Returning to a Changed World

The U.S. Space Command is tracking more than 1,500 fragments, but hundreds of thousands of pieces are too small to see.
Nov 19th, 2021

U.S. officials accused Russia of destroying an old satellite with a missile in a "reckless and irresponsible" strike.
Nov 17th, 2021

He traveled to the edge of space with William Shatner on a Blue Origin spacecraft last month.
Nov 15th, 2021 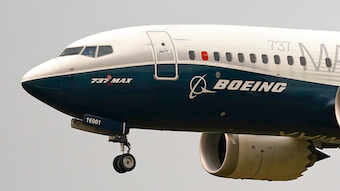