The mission will be flown as early as next year. 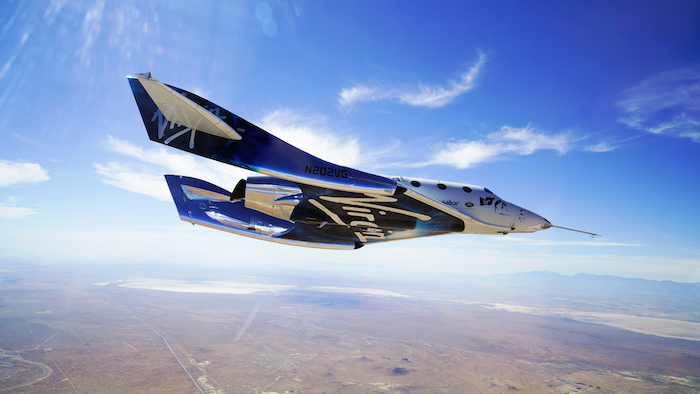 In this May 29, 2018 photo provided by Virgin Galactic, the VSS Unity craft flies during a supersonic flight test. Virgin Galactic said Wednesday, Oct. 2, 2019 that it has been contracted by the Italian air force for a suborbital research flight aboard its winged rocket ship.
Virgin Galactic via AP, File

LOS ANGELES (AP) — Virgin Galactic said Wednesday it has been contracted by the Italian air force for a suborbital research flight aboard its winged rocket ship.

The mission will be flown as early as next year, carrying three Italian payload specialists who will tend to the experiments while the craft is in space, the company said.

Virgin Galactic is best known for its plans to carry tourists into the lower fringes of space to experience weightlessness and view the Earth far below, but its spaceships also are designed to carry experiments that require several minutes of microgravity.

Virgin Galactic crews have reached space twice on test flights, and the company recently moved staff from its development and production site in Mojave, California, to Spaceport America in New Mexico to begin commercial launches.

A dozen experiments organized under a NASA program were flown in December during Virgin Galactic’s first space flight.

The Italian experiments were only generally described as including measuring biological effects on the human body during the transition from gravity to microgravity and possibly research on the chemistry of so-called green fuels.

Having the mission specialists aboard will allow researchers to respond to the experiments in real time and may improve reliability of the process by eliminating the complexity of automation, Virgin Galactic said.

Virgin Galactic has not yet said when it will begin its commercial flights. In July, Virgin Galactic founder Richard Branson said three or four test flights would be conducted from New Mexico, beginning this fall.

The company, which currently has one operational craft, reported significant progress in construction of its next spaceship. An additional craft is also under construction.