Moon trees were grown from 500 seeds taken into orbit around the moon. 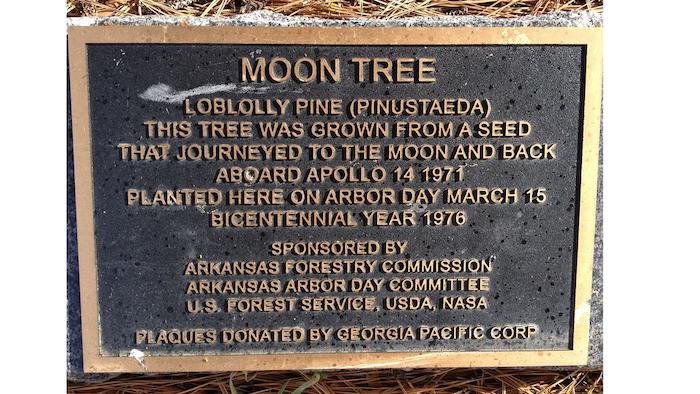 SANTA, N.M. (AP) — Officials believe they may have found one of the missing trees planted in New Mexico from seeds taken to the moon during the Apollo 14 mission.

KOAT-TV reports former New Mexico first lady Clara Apodaca and a naturalist identified last week a tree they believe to be one of those planted in the state four decades ago.

Apodaca and the naturalist say a Douglas Fir located in a grassy area north of the state capitol in Santa Fe is a moon tree. Apodaca helped plant it.

The discovery comes after the Albuquerque station reported that officials where the trees were planted decades ago said they have lost track of the trees.

Moon trees were grown from 500 seeds taken into orbit around the moon by former U.S. Forest Service smokejumper Stuart Roosa during the 1971 mission.