It's a giant leap for humankind. 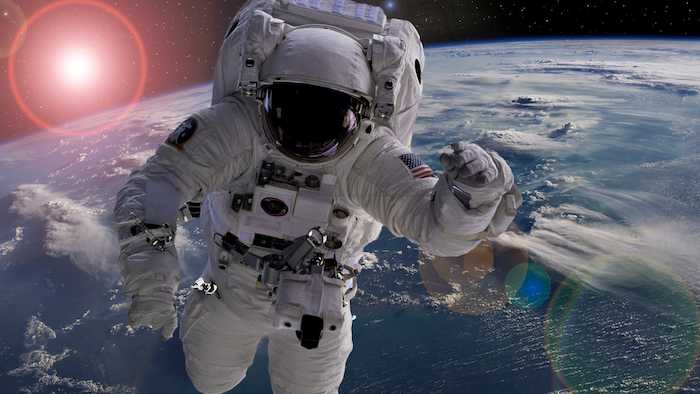 As NASA celebrates the 50th anniversary of the historic Moon landing with a live TV broadcast and events, there is a focus on recognizing the contributions of the thousands of men and womenwho made the Apollo 11 mission possible.

This year is particularly significant for the legacy of the Apollo program because of the president’s Space Policy Directive 1, which tasks NASA with returning to the Moon by 2024. This time, the mandate requires establishing a permanent lunar base and advancing space exploration to Mars and across the solar system.

As a space law and policy professor, I see positive differences with this new goal compared to the earlier space race: a focus on international cooperation, industry and astronaut diversity to achieve sustainable space exploration.

While the presidential proclamation calls for returning American astronauts to the Moon, NASA is no longer in it alone. Directive 1 invites commercial and international partnerships. NASA’s return mission will also include both men and women astronauts, leading to the first woman to step on the Moon. I think this inclusive vision invokes a refreshingly equitable interpretation toward human footprints on the Moon and the collective role of humanity in space.

Already companies like SpaceX, Blue Origin and Made in Space have partnered with NASA to provide advanced technologies and services necessary to extend life in space. This includes 3D printing and space transportation. In June, NASA announced new opportunities for civilian astronauts and commercial scientific research on the ISS National Lab. Currently, more than 50 companies engage in research and development for a range of commercial, pharmaceuticaland educational purposes.

These are positive steps, but what the space sector still needs to improve for space exploration is to equalize the gender imbalance in NASA and STEM fields. This is more challenging because women comprise only 20% of space industry employees and 30% of the workforce in STEM research and development globally. Women are further excluded when the equipment, like smaller-sized spacesuits, isn’t designed for them. But this challenge also presents an opportunity for government and industry to work together to close the gender data and technology gap. This is necessary to ensure the requisite space hardware and technologies exist for a new diverse body of NASA and civilian astronauts.

Space for all Humankind

The benefits of fostering an inclusive framework for space exploration are already recognized. Both the U.N. Office for Outer Space Affairs and NASA state that innovation and diversity drive exploration.

The 20-year old International Space Station, for instance, is a successful experiment in international cooperation in space and science. No one nation could have accomplished this alone.

Inclusivity is particularly visible in the U.N. Office for Outer Space Affairs’ programs and language, where “humankind” is used instead of “mankind.” Its Space for Women Project seeks to ensure that space benefits everyone and that women play an active and equal role in space and exploration. Fairness and inclusion are, after all, important aspects of a stable society. Inclusivity also supports international policymaking at the state level. Russia recently decided to join U.N. efforts to define guidelines of behavior in space to avoid being excluded from rule-making.

Back in 2016, the European Space Agency proposed a Moon Village to promote international harmony. The European Space Agency’s vision is to unite interested parties and nations to establish a sustainable Moon base for science and commercial purposes. In April, SOM, an urban planning company, and MIT presented the first concept design for this village.

Private ventures, too, benefit from promoting diversity in space. Germany is seeking to send its first female astronaut to the ISS through a consortium of commercial sponsors and crowd-funding. Diversity and inclusivity are everyone’s concern.

Reframing the Narrative for Space

Multiplicity of voices and perspectives matters for understanding space. Online media platforms, including Shespeaksscience, Everydayastronaut and Madam Mars, are weaving space images, science, information, cultural references and stories together to educate and inspire people’s interest in space and exploration.

Even nonhuman icons play a role in expanding space diversity. When NASA endowed Curiosity with its own identity and Twitter account, the rover’s science and exploration of Mars exploded on social media with more than 4 million followers. People connected with the rover’s personalized voice and daily narrative. What is less known is that Curiosity’s feed is run by three women at the Jet Propulsion Laboratory. Diversity of voice and perspective allows people to connect, learn and understand. Perhaps other future technologies and AI will play a role in furthering our notions of space, exploration and diversity.

Undoubtedly, the use of space improves life on Earth. But we also need human explorers in space to derive the greatest benefits. An inclusive approach is most likely to succeed. After all, returning to the Moon is only the beginning.

This article is republished from The Conversation under a Creative Commons license. Read the original article here: http://theconversation.com/a-giant-leap-for-humankind-future-moon-missions-will-include-diverse-astronauts-and-more-partners-117064.