NASA is Sending a Drone to Saturn's Largest Moon

It will study whether it can support microbial life. 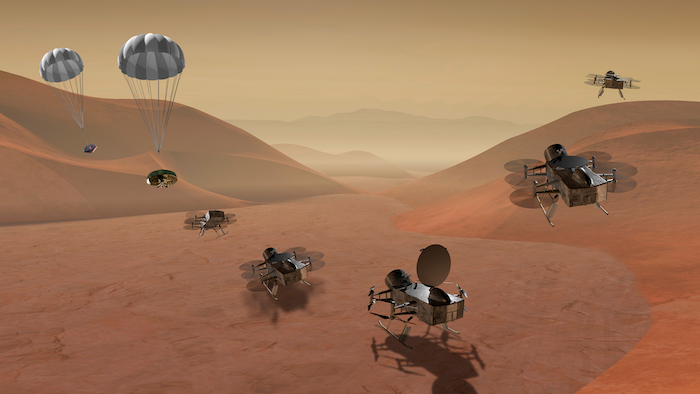 This artist's rendering made available by NASA shows multiple views of the Dragonfly dual-quadcopter lander that would take advantage of the atmosphere on Saturn's moon Titan to explore multiple locations, some hundreds of miles apart. On Thursday, June 2u7, 2019, NASA announced it would send the drone to the jovian planet's largest moon. Scientists have long considered Titan an attractive place to study whether it would be capable of supporting microbial life.
NASA via AP

NASA is sending a drone to explore Saturn's largest moon.

The space agency said Thursday the Dragonfly mission will fly over Titan, exploring different locations on the icy moon to study whether it can support microbial life.

The mission, part of NASA's competitive New Frontiers program, beat out another possible project to collect samples from a nearby comet. It will launch in 2026 and arrive at Titan in 2034.

Titan is a haze-covered world with a thick atmosphere. The moon also has lakes of methane and an ocean below the surface, making it an attractive place to explore whether its environment can support primitive life.

Titan was last studied by the international Cassini-Huygens mission. In 2017, the Cassini spacecraft plunged into Saturn, ending two decades of exploration. 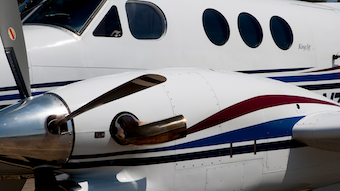 The small plane was responding to a wildfire when its left wing reportedly fell off.
Jul 28th, 2021