The company stressed that customers would need to opt into the service before its delivery drones would start keeping an eye on their property. 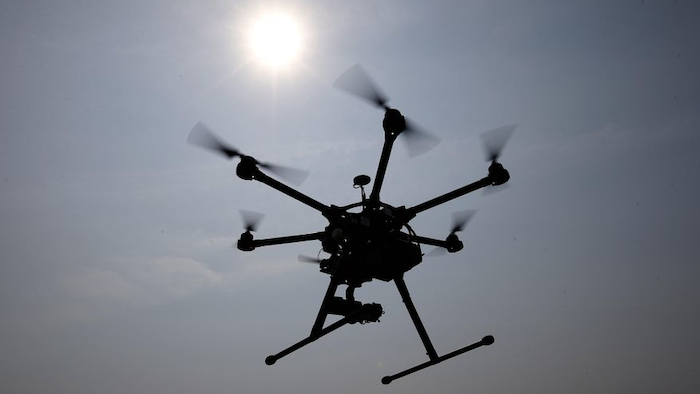 A hexacopter drone is flown during a demonstration in Cordova, Md., June 11, 2015.
AP Photo/Alex Brandon, File

Amazon this month received a patent for a system that would allow its forthcoming delivery drones to conduct surveillance at customers’ homes.

The proposal, reportedly approved by the U.S. Patent and Trademark Office on June 4 — some four years after it was originally filed — would allow drones equipped with cameras to collect data about the property and alert the customer or first responders if something is amiss, from a garage door that was left open to a fire.

Amazon, which is already under scrutiny for privacy concerns related to its smart devices and facial recognition technology, said the service would be provided only if customers give their approval. Property that is recorded, but not certified for the surveillance system, would be identified using geofencing technology and the images obscured.

“The patent clearly states that it would be an opt-in service available to customers who authorize monitoring of their home,” company spokesman John Tagle told NPR in response to concerns about spying on homes without authorization.

Two days after the patent was granted, the head of Amazon’s retail business said the company’s autonomous drones would begin delivering packages to homes within “months.”