The filing also said the company was able to rush the 737 Max into production because it faced little oversight from regulators. 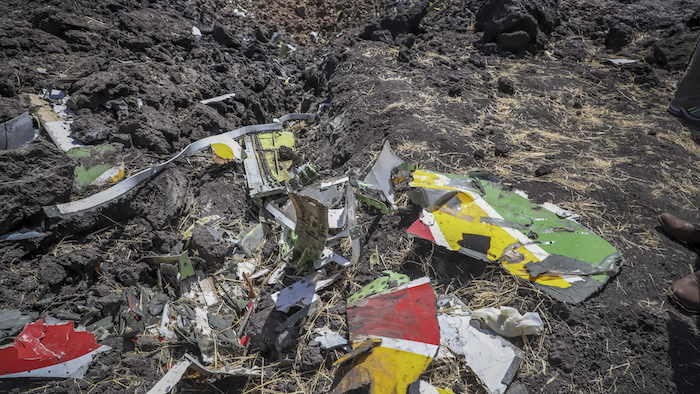 Wreckage lies at the scene of an Ethiopian Airlines flight that crashed shortly after takeoff at Hejere near Bishoftu in Ethiopia Sunday, March 10, 2019.
AP Photo

A new lawsuit says Boeing's design of the 737 Max was faulty and the company was able to rush the plane into production because it faced little oversight from regulators.

The lawsuit says the plane could crash if a single part malfunctioned, that Boeing concealed problems and refused to ground the plane on its own.

Lawyers say Boeing did the same thing after crashes of earlier 737s in the 1990s.

Boeing is also being sued over the October crash of Lion Air Flight 610 in Indonesia.

Boeing declined to comment on specifics of the lawsuit.