Indonesian officials said it was unclear if the cause of Sunday's disaster in Ethiopia was similar to the still-undetermined reason for a Lion Air crash into the Java Sea in October. 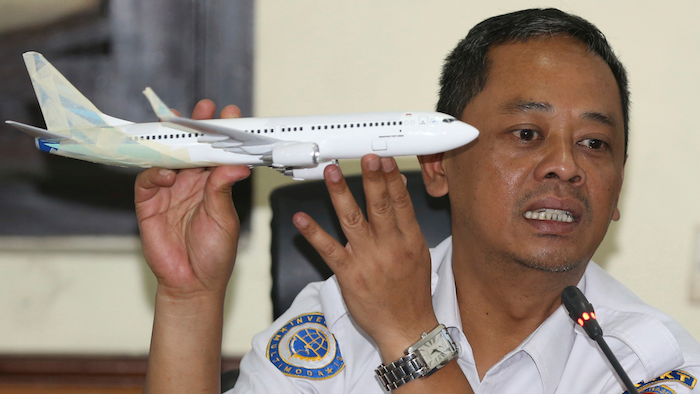 Two fatal crashes of Boeing 737 Max 8 planes less than five months apart have raised alarm, but experts are wary of linking the two.

The head of Indonesia's National Transportation Safety Committee, Soerjanto Tjahjono, said Tuesday it was unclear if the cause of Sunday's disaster in Ethiopia was similar to the still-undetermined reason for a Lion Air crash in October.

Tjahjono said his agency is waiting for Ethiopian authorities to respond to its offer to assist with the investigation into the crash that killed all 157 people aboard.

The Max 8 operated by Indonesia's Lion Air plunged into the Java Sea on Oct. 29, killing 189 people.

"We have the same model of Max 8 that crashed, but we cannot estimate whether they have the same problem. This is certainly very interesting to investigate together," Tjahjono said. "We are ready to provide our experts to meet their needs."

A preliminary report from his agency stopped short of declaring a probable cause of the crash. But it provided details about the pilots' struggle to fly the highly automated jet and Lion Air's difficulties with fixing sensors on the plane.

The Lion Air plane had issues on several flights before it crashed, with terrifying episodes of loss of altitude.

Shortly after it took off on its final flight, the jet's pilots were battling the Max 8's automated system, which pitched its nose down repeatedly, possibly because of a faulty sensor, until they finally lost control, the investigators reported.

They interviewed engineers about why they had certified that the plane was airworthy and whether they had followed required maintenance procedures.

Tjahjono said Indonesia's investigation into the Lion Air crash has made "significant progress" and is continuing to analyze the conversations recorded by the cockpit voice recorder that only was recovered from the sea bed in January.

Jakarta-based aviation expert Gerry Soejatman said airlines were being inundated with calls from travelers as more than a dozen nations including Indonesia grounded Boeing 737 Max 8 planes or ordered other precautions.

He likened the reaction to a "mass hysteria" that he said stems partly from Boeing Co.'s handling of the Lion Air crash.

"I'm really struggling to comprehend it," he said. "The public needs more, they need more reassurance."

After the Indonesian crash, Boeing issued a bulletin to operators of the Max 8 about possible problems with its automated anti-stall system. But it appeared routine and referred flight crews to existing guidelines.

That was followed by an emergency airworthiness directive from the U.S. Federal Aviation Administration that directed airlines to make specific changes to flight manual procedures.

"The one thing we know for sure that both crashes involved the Boeing 737 Max 8 planes," said Choi Yong-jun, an aviation professor at South Korea's Kyungwoon University and a former air force pilot.

"So the only possible reaction is to conduct close safety inspections on the planes that are still in use," he said.

But witness reports of smoke pouring out of the Ethiopian Airlines jet before it crashed suggest the cause could be different, said Geoffrey Thomas, an Australian aviation expert and editor-in-chief at Airlineratings.com.

"That would mean it had nothing in common with the Lion Air crash," he said. "What caused the smoke is hard to say. Small bomb, engine fire? Too early to tell."

If investigators find a common cause for the two tragedies stemming from the jetliner's design it could prove a serious blow to Boeing and prompt airlines and travelers to shun the jet. Boeing has more than 5,000 orders for the various Max versions, and they make up the largest share of the company's backlog of nearly 5,900 planes.