The FAA backed a plan from the city of Reno and startup Flirtey to fly drones beyond their visual line of sight when they're not traveling over people. 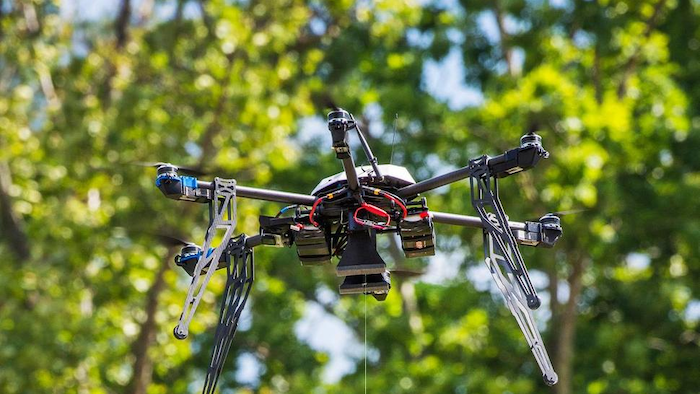 In this July 17, 2015, file photo, a Flirtey drone lowers a package of prescription medication at a clinic in Wise County, Va.
Tim C. Cox/The Bristol Herald-Courier via AP, File

The Federal Aviation Administration has approved the city of Reno and Flirtey to fly drones beyond their visual line of sight when they're not traveling over people.

Flirtey has been experimenting with delivery of automated external defibrillators to treat heart attack victims and other deliveries since the FAA accepted the company and the city as one of 10 programs across the country for its Unmanned Aircraft Systems Integration Pilot Program.

The FAA plans to conduct some of the first tests with drones flying over urban areas in Reno next month.

Reno Mayor Hillary Schieve says the use of drones to provide life-saving technology to cardiac patients will save lives across the community.