The operator of Frankfurt's international airport is working with Volocopter, which makes two-seat, multi-rotor electric aircraft that can fly with a pilot or autonomously. 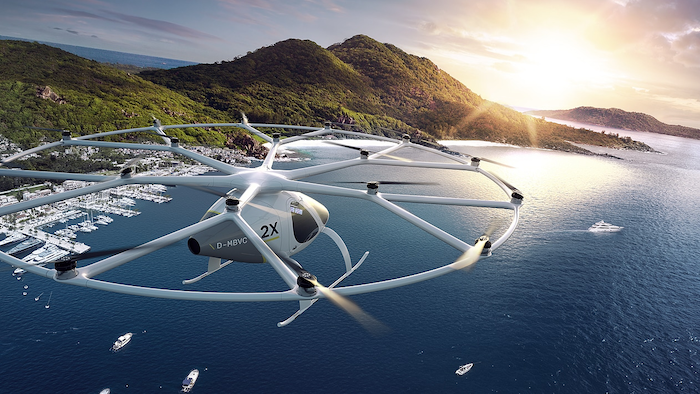 The operator of Frankfurt's international airport says it is developing a concept for electric air taxi services.

Fraport AG is working with Volocopter GmbH, which makes two-seat, multi-rotor electric aircraft that can fly with a pilot or autonomously.

Actually operating such taxis to bring people to and from the airport will have to wait until the legal framework for autonomous flying is established and such aircraft can be certified for passenger use.

Volocopter says its aircraft, based on drone technology and flight tested in Dubai, are quiet, safe and local emissions-free. The idea ultimately would be to operate pilotless when the legal framework is in place.

The European Aviation Safety Agency says it is developing standards to enable certification of such aircraft.