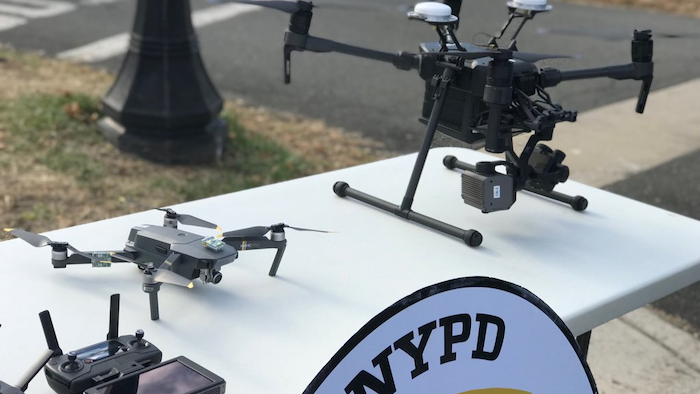 The New York Police Department has shown off its first fleet of drones.

The department said Tuesday that potential uses for its 14 drones include search and rescue, hard-to-reach crime scenes, hostage situations, and hazardous material incidents.

It says drones can reduce risk to officers and bystanders during a response to dangerous situations.

They'll be operated by officers who are specially trained and licensed.

The NYPD says the drones won't be used for routine patrol or traffic enforcement.