The launch marked the first time the same Falcon 9 rocket has been used in three space missions. 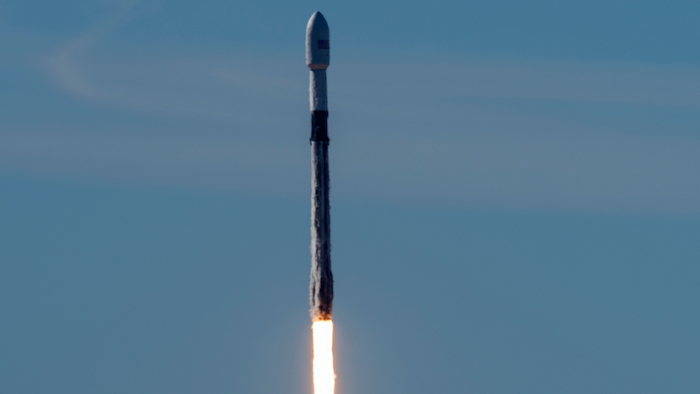 A SpaceX rocket carrying 64 small satellites lifted off from California on Monday, marking the first time the same Falcon 9 rocket has been used in three space missions.

The rocket blasted off from Vandenberg Air Force Base, arcing over the Pacific Ocean west of Los Angeles as it headed toward space.

Minutes later, the rocket's first stage performed a so-called boost back maneuver and landed on an unmanned ship in the Pacific. The landing marked the first time SpaceX had flown a first stage three times.

The first stage was previously launched and recovered during missions in May and August as part of a program intended to make the equipment capable of being used 10 or more times without refurbishment.

SpaceX founder Elon Musk has made reusability a major goal.

The payload of the Spaceflight SSO-A SmallSat Express includes satellites from 34 organizations in 17 countries. Full deployment into low Earth orbit was expected to take six hours.

SpaceX also attempted to use an enormous net atop an ocean vessel to catch the Falcon's aerodynamic shield over the payload that was jettisoned at high altitude and fell back to Earth. The two halves of the shield, equipped with parachutes, missed the net and landed nearby in the water.

"Plan is to dry them out and launch again," Musk tweeted. "Nothing wrong with a little swim."

The shield adds another reusable element to the spacecraft.

The 64-satellite payload was a record for a U.S.-based launch vehicle, SpaceX said.