Russia's space agency said the officials agreed to refrain from any preliminary statements until the end of the investigation. 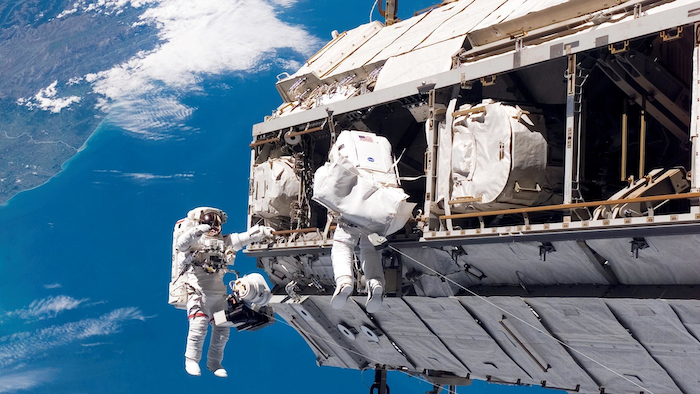 The Russian space agency's chief has talked to his NASA counterpart about a mysterious leak at the International Space Station, Roscosmos said Thursday.

The agency said that its director Dmitry Rogozin informed NASA Administrator Jim Bridenstine about the Russian probe into the leak that was spotted last month in the Russian Soyuz spacecraft docked at the station. The crew of three Americans, two Russians and a German quickly located and sealed the tiny hole that created a slight loss of pressure.

Roscosmos added that Rogozin and Bridenstine agreed Wednesday to refrain from any preliminary statements on the matter until the end of the official investigation.

Rogozin has previously said that the hole could have been drilled during manufacturing or while in orbit, a statement that has raised some consternation.

Without specifically mentioning Rogozin, Russia's Deputy Prime Minister Yuri Borisov on Wednesday sternly warned against speculations that the crew could be responsible for making the hole. "It's absolutely unacceptable to cast a shadow on Russian cosmonauts or American astronauts," Borisov said.

Rogozin himself then changed course, saying in a Facebook post that "spreading rumors and speculation about what happened on the International Space Station doesn't help Roscosmos experts' work and undermines the friendly atmosphere in the crew."