Workers Could Get $1.75 Million Over Meat Plant Raid

On Wednesday, a federal judge approved a settlement for Latino meat processing plant employees in Tennessee who were targeted by an immigration raid in 2018, according to the AP.

According to the Tennessee Lookout, about 100 Southeastern Provision Plant employees stand to share $1.75 million dollars.

The workers who were held as a result of the raid, sued, claiming that the IRS and Department of Homeland Security targeted them illegally. The settlement to the class action lawsuit is scheduled to receive final approval on February 27, 2023.

According to the settlement, each worker is expected to receive between $5,000 and $6,000. The U.S. is also on the hook for an additional $475,000 that will be shared by the seven employees who made excessive force and unlawful arrest claims. About $150,000 will go towards attorneys fees and other expenses for the Southern Poverty Law Center and National Immigration Law Center.

Part of the problem comes down to how the search warrant was obtained. Agents said they were only looking for records regarding a tax evasion case against plant owner James Brantley. However, attorneys showed that the agencies used the search warrant to mount a large-scale workplace immigration raid.

At the time, it was believed to be the largest raid of a workplace in nearly 10 years. According to video of the raid obtained by the Tennessee Lookout, when agents entered the facility, they separated white plant workers from those with brown skin, made fun of the Latino workers and roughed up at least two employees.

The workers will also receive a letter from the government that says they are a class member of the lawsuit. Workers who were in the U.S. illegally will not automatically gain immigration relief as part of the settlement, which would allow them to apply for lawful status within the U.S. or at least seek relief from deportation. However, immigration officials can consider the letter as part of the process.

It turns out that Brantley, the owner, was paying workers in cash to avoid taxes, though he wasn't arrested during the raid. He pled guilty to tax evasion and received 18 months in a federal work camp. 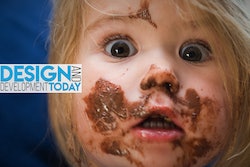