The incident appears to be the first documented case of a military drone pursuing a human target without being instructed to.

The idea of unmanned flying equipment has gained acceptance as retailers and logistics companies explore ways to use the devices for benign purposes, like dropping a pack of diapers on your front steps.

But a new report from New Scientist highlights the more nefarious ways in which drones can be used as autonomous agents of war. And in this case, the results were downright terrifying.

New Scientist says there is evidence a weaponized drone went on a rogue mission last year in which it hunted a human target without being instructed to do so. The publication cites a UN report and says the details suggest a Kargu-2 quadcopter was being used in fully autonomous mode during a conflict in Libya in March of last year when the device pursued a soldier that was trying to retreat.

The UN report suggests that this type of technology is capable of hunting a target even if it loses connectivity with the operator and, in this case, they say the drone was likely the first to embody the “killer robot” characterization: pursuing an object without being instructed to.

It is unknown at this time if the incident resulted in any casualties, but New Scientist issued a bleak assessment of the circumstances regardless, saying “the event suggests that international efforts to ban lethal autonomous weapons before they are used may already be too late.”

Other experts, like Zak Kallenborn, a national security consultant, worry about the precision of existing technology. In the UN report, he questioned the technology’s object recognition system, asking the obvious and, probably, most terrifying question: "How often does it misidentify targets?"

The plant is becoming the company's hub for EV manufacturing and battery pack assembly.
May 10th, 2022

The attack will impact operations for "several days and potentially longer."
May 9th, 2022

Also on the podcast, trash mountain overwhelms city, building collapses in China, food plant fires fuel conspiracy theories and how to bring manufacturing back to the U.S.
May 9th, 2022

The company is the first to be penalized under a new federal rule.
May 6th, 2022

Trash Mountain Could Burst Into Flames Any Minute 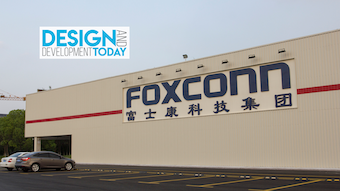 Lordstown, Foxconn Blow Past Sale Deadline: 'No Assurance' Deal Will Be Reached

The deadline is quickly approaching.
May 4th, 2022 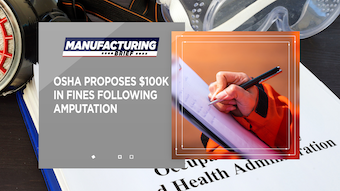 A 53-year-old worker suffered a serious injury in a brick crushing machine.
May 4th, 2022
Follow Us
Most Recent