The 'creepy' system wants to 'bring beloved ancestors back to life.'

Late last year, Microsoft received a patent for a system that would, in effect, allow users to “chat” with dead people using information scraped from the deceased’s social media accounts or other online sources.

Company executives promptly shelved the technology for being, predictably, “disturbing” — but that doesn’t mean other companies aren’t exploring other exciting, ethically questionable ways to enable people to interact with those who’ve shuffled off this mortal coil.

The company said some people found the experience to be “magical,” but acknowledged it is also “controversial” and, to others, “creepy.”

Although MyHeritage last month showcased the technology with a video of deepfake Abraham Lincoln speaking, DeepNostalgia itself does not include speech in an effort to prevent abuse of the technology. But, as Microsoft has shown, conversing with the dead might not be all that far off anyway. 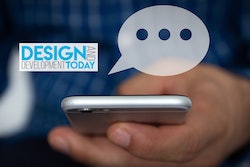 Microsoft Bot Lets You to 'Talk' to Dead People