As major airlines are in the midst of furloughing tens of thousands of workers, the chief operating officer of the world’s largest airplane maker is warning that the aviation industry might get worse before it gets better.

Reuters reported that Airbus COO Michael Schoellhorn recently relayed that the situation facing the aviation industry this fall was actually worse than the company had expected.

In June, Airbus announced that it would cut 15,000 jobs globally as a result of the pandemic, more than a tenth of its total workforce. At the time, plane makers like Airbus and Boeing had curbed production as airlines made-do with older units amid plummeting ticket sales.

Now Shoellhorn, in an interview with a German newspaper, says that 15,000 job cuts for Airbus will be the minimum. While the company had hoped to achieve this benchmark through voluntary redundancies, a memo in September said this might not be possible if air travel didn’t recover quickly enough, and that it might have to resort to compulsory cuts.

So if things are this dire for Airbus, what’s going to happen to the company that recently yielded the title of world’s biggest airplane maker? Interestingly enough, Boeing got a recent boost when an SEC filing from Alaska Airlines indicated it was dropping more Airbus planes from its fleet — fueling speculation that the airline was going back to being all Boeing.

This, coupled with Boeing’s announcement that it will send 787 production from Seattle to South Carolina, sent Boeing stock up 13% last week. 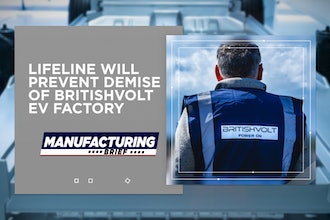