The man's employer, a railway engineering company, was responsible for any accident during the work trip under French law.

In 2013, a safety technician working for French railway engineering company TSO died while traveling for work. The circumstances around his death, however, stray from your average work-related injury.

According to a report from the BBC, a man identified as Xavier X suffered a heart attack and died after having extramarital sex with a stranger in central France. According to the New York Times, he returned to his hotel, but the heart attack was linked to the encounter.

Now, French law is a little different. A Paris court ruled his death an industrial accident and found the company liable for his death since it occurred during a business trip. The ruling means that his family is entitled to compensation.

Under French law, the employer is responsible for any accident during a work trip. TSO challenged the decision, saying that the extramarital affair happened outside of work, but the company's appeals have failed.

The initial classification as a workplace accident came from the state health insurance provider, which stated that the employee died during normal behavior. It was treated the same as if it had happened while Xavier X was showering or eating.

According to the New York Times report, if a person dies in a work-related accident, French law entitles his or her partner to up to 40 percent of the deceased's annual income as a pension. The insurance will also pay partial funeral costs, and the partner could receive a one-time $3,800 payout. 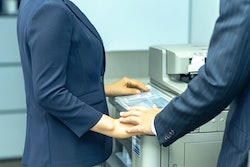 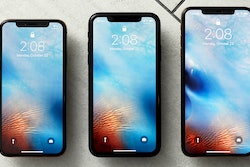