The tech firm said it would become more controlled in its investments. 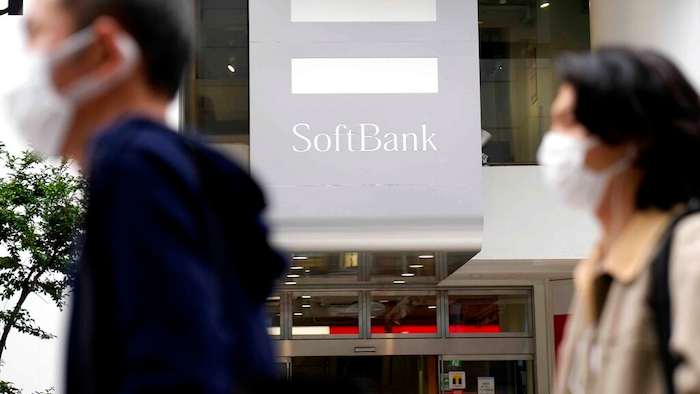 Passersby move past a SoftBank shop in Tokyo, Thursday, May 12, 2022. Japanese technology company SoftBank Group reported Thursday it has dropped into losses as the value of its investments declined.
AP Photo/Shuji Kajiyama

TOKYO (AP) — SoftBank Group sank into losses in the past fiscal year as the value of its global investments declined, the Japanese technology company reported Thursday.

Although the company’s portfolio is not directly exposed to the war in Ukraine, global uncertainty as well as inflation and soaring energy costs are likely to have a negative impact on investments for some time, the company said.

Softbank Chief Executive Masayoshi Son told reporters he was going to become more controlled and defensive in investments, focusing on past successes like British semiconductor and software design company Arm.

“You may think that doesn’t sound like the Son you used to know, and it is true we are also going to continue to be aggressive in some ways,” he said.

The intended sale of Arm to Nvidia failed earlier this year due to regulatory problems. But Son said Arm's future growth promises to be “explosive,” and preparations were underway for an IPO, although the date was not yet set. New executives at Arm China were “the final needed solution,” Son said.

SoftBank acquired Arm in 2016. Arm is a leader in artificial intelligence, IoT, cloud, the metaverse and autonomous driving. Its semiconductor design is widely licensed and used in virtually all smartphones, the majority of tablets and digital TVs. Such technology is considered key for autonomous driving cars.

The online shift in people’s activities that happened because of the coronavirus pandemic will not be reversed, even if COVID-19 restrictions are relaxed, Son said. People will still be doing online shopping, working and entertainment, he said.

When questioned about his views on Tesla CEO Elon Musk’s purchase of Twitter, Son said he had the greatest respect for Musk and expected he would do great things with Twitter. But Son made it clear SoftBank was not getting involved in Twitter.

Son defended his belief in investing in the “information revolution.” Share prices have their ups and downs but in the long run the value of technology companies continues to grow.

“We believe in this continued innovation,” he said.

“SoftBank will take a defensive posture, but we will continue to be on the offensive without spending too much money,” Son said.