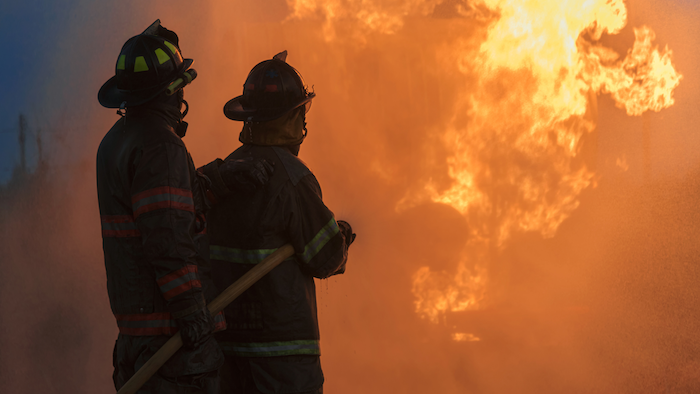 Emergency officials said another two people were hospitalized in critical condition with severe burns after the blast, which was reported around 8.30 a.m. (0630GMT) in the town of Kocevje.

The Melamin factory has about 200 employees. The company head Srecko Stefanic said rescuers are searching for at least four missing people.

“Chances that they survived are slim,” he said.

The two people in critical condition were transferred to a hospital in the capital Ljubljana. A total of 20 people sought some kind of medical assistance, authorities said.

Local residents said the explosion shook the entire area. The town, which is about 55 kilometers (30 miles) southeast of Ljubljana, has a population of about 8,000.

Regional broadcaster N1 television said a local emergency council met for an urgent session as firefighters and emergency crews rushed to the plant.

Emergency agencies reported the fire was put out by mid-morning. The factory building was badly damaged, they said.

The Slovenian Press Agency described the explosion as “the worst industrial fire in Slovenia’s recent history.” A total of 17 industrial fires have been recorded since 1995, resulting mostly in material damage, the agency reported.