The new law is aimed at protecting social media users from harmful content. 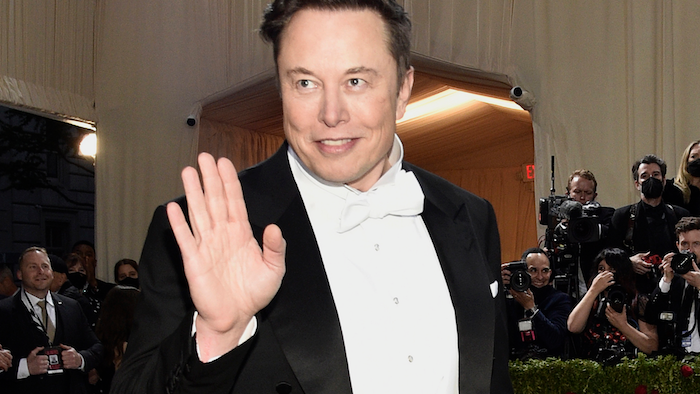 Elon Musk attends The Metropolitan Museum of Art's Costume Institute benefit gala celebrating the opening of the "In America: An Anthology of Fashion" exhibition on Monday, May 2, 2022, in New York. Elon Musk, who’s offering to buy Twitter, has given his support to a new European Union law aimed at protecting social media users from harmful content after he met with the bloc’s single market chief. In a video tweeted late Monday, May 9 by EU Internal Market Commissioner Thierry Breton, Musk said the two had a “great discussion” and he agrees with the bloc’s online regulations.
Evan Agostini/Invision/AP file

LONDON (AP) — Elon Musk, who is offering to buy Twitter, has given his support to a new European Union law aimed at protecting social media users from harmful content after he met with the bloc's single market chief.

EU Internal Market Commissioner Thierry Breton told The Associated Press on Tuesday that he outlined to Musk how the bloc’s online regulations aim to uphold free speech while also making sure whatever is illegal “will be forbidden in the digital space,” which Musk “fully agreed with.”

In a video Breton tweeted late Monday, Musk said the two had a “great discussion" and that he agrees with the Digital Services Act, which is expected to get final approval later this year. It will make big tech companies like Twitter, Google and Facebook parent Meta police their platforms more strictly for illegal or harmful content like hate speech and disinformation or face billions in fines.

Musk's plan to buy Twitter for $44 billion has raised fears he would make changes to the platform that would prioritize free speech over online safety — potentially putting him at odds with the looming rules in Europe, which has led a global movement to crack down on the power of tech giants.

The 65-second clip indicates Musk's and the EU's views may be closer than they appear. Breton says in the video that he explained the Digital Services Act to Musk in a meeting at Tesla's Texas headquarters. Musk responds by saying it's “exactly aligned with my thinking.”

“I agree with everything you said, really,” Musk said. “I think we’re very much of the same mind and, you know, I think anything that my companies can do that can be beneficial to Europe, we want to do that.”

The attempted Twitter acquisition by Musk, a billionaire and self-described free speech absolutist, had raised concerns that he would take a hands-off approach to content moderation.

Breton told AP he explained to Musk that the new law means “we need also to have more moderators, and in the language where we operate. So he fully understood."

The pair agreed on the importance of being able to inspect algorithms that determine what social media users are being shown, Breton said.

The Digital Services Act requires more transparency for algorithms, and Musk has called for opening them up to public inspection.

Another topic of discussion was President Donald Trump's ban from Twitter for inciting violence at the U.S. Capitol insurrection, which Musk has reportedly opposed.

Breton said he told Musk the EU law includes provisions to maintain the rights of users, such as giving them the right to appeal bans.