She will be the first female chair of the organization representing some of the nation's most powerful companies. 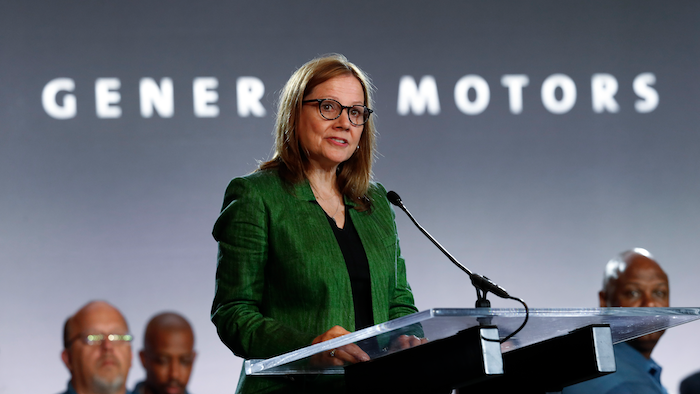 WASHINGTON (AP) — Mary Barra, who became the first top executive of a big three auto company when she took over at General Motors, will become the first female chair of the Business Roundtable, an organization that represents some of the nation's most powerful companies.

Barra replaces Walmart CEO Doug McMillon, who completes his two-year term as chair at the end of this year.

Barra, whose career at GM began in 1980, became CEO in 2014 and she has led the company's aggressive push into electric vehicles. General Motors has set a goal of making the vast majority of the vehicles it produces electric by 2035, and the entire company carbon neutral, including operations, five years after that.

Large companies have come under increased pressure to be more socially, economically and environmentally responsible in recent years.

In 2019, the Business Roundtable released a new set of principles that implied a foundational philosophical shift away from its “shareholder comes first” mantra. The group acknowledged at the time that "many Americans are struggling," a recognition that corporations have a greater responsibility to those other than shareholders — including workers, customers and society in general.

“I can think of no better leader to serve as the next Chair of Business Roundtable than Mary Barra,” said Joshua Bolten, the group's president. “We’re all delighted that Mary has agreed to take on this broader role, and we look forward to advancing the organization’s mission of promoting economic growth and expanded opportunity for all Americans under her leadership.”

The companies that make up the Business Roundtable, including Walmart, Apple and Starbucks, employ 20 million workers according to the group, and are worth more than $20 trillion, about half of the value of all publicly-traded companies in the U.S.