Biden’s team has promised a platform that will support U.S. workers. 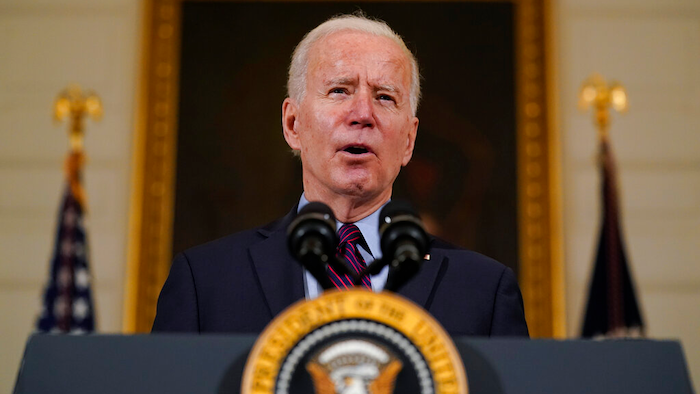 WASHINGTON (AP) — President Joe Biden has wasted no time in dumping a batch of major Trump administration policies. He rejoined the Paris climate agreement. He ended a ban on travelers from mostly Muslim countries. He canceled the Keystone XL oil pipeline. He reversed a ban on transgender people serving in the military.

Biden and his team are tiptoeing, though, around one of Donald Trump’s signature legacies: His go-it-alone moves to start a trade war with China and bludgeon some of America's closest allies with tariffs on their steel, aluminum and other goods. The moves upended seven decades of U.S. policy in favor of ever-freer trade but did little to achieve Trump's goal of narrowing America's vast trade deficit.

For now, the Biden administration seems intent on approaching trade cautiously. Most striking, perhaps, is what Biden hasn't done: He hasn't called off Trump’s trade war with China. He hasn't promised to scale back or cancel his tariffs on imported steel and aluminum or to end an impasse that's left the World Trade Organization unable to function as arbiter in global trade disputes.

Instead, the administration's policymakers are focusing on urgent priorities — distributing COVID-19 vaccines as fast as possible and providing much more aid to a pandemic-pounded economy.

“He is going to take his time,’’ said Mary Lovely, a Syracuse University economist and senior fellow at the Peterson Institute for International Economics. “Biden has said repeatedly that he needs America to be stronger before he takes on a lot of these trade issues.’’

Reversing Trump’s trade policies poses risks for a Democrat who is close to unions unhappy with America’s pre-Trump free-trade consensus and depends on support from the industrial Midwest, much of which has suffered from competition low-priced imports.

Democrats are still stung by Trump’s surprise victory in 2016. Trump abandoned the modern Republican Party’s support for free trade agreements. Instead, Trump cast himself as a populist defender of manufacturing workers — who would eradicate unfair trade practices and restore factory jobs.

For Democrats, Trump’s 2016 victory provided “a harsh lesson about the perils of a trade policy that’s not thinking about working people but (about benefiting) finance and agribusiness,’’ said Lori Wallach, director of Public Citizen’s Global Trade Watch.

Mindful of that lesson, Biden’s team has promised a trade policy that will support U.S. workers. “We will use trade, in coordination with both international and domestic economic tools, to create a more inclusive prosperity for America and Americans,’’ Katherine Tai, Biden’s choice to be U.S. trade representative, said in a speech last month.

The new president has promised one significant change from Trump’s America-above-all trade stance: Biden wants to patch up relations with key U.S. allies, such as the European Union and Canada, which were bewildered and infuriated by Trump’s mercurial and belligerent policies.

“The mantra has been: No sudden moves’’ on trade — and focus on instead on fighting the pandemic and delivering economic relief, said William Reinsch, a former U.S. trade official now at the Center for Strategic and International Studies.

Consider Trump’s tariffs on foreign steel and aluminum, imposed in 2018. Reducing or dropping those taxes would seem like an easy way to heal wounds.

America's allies were especially angered by Trump’s dubious justification for the sanctions: Dusting off a little-used tool — Section 232 of the Trade Expansion Act of 1962 — he declared their aluminum and steel a threat to U.S. national security, a stinging insult to close allies.

Yet the Biden administration has shown little inclination to move quickly. At her confirmation hearing, the incoming commerce secretary, Gina Raimondo, dodged a question about the metals tariffs. She told Sen. Roy Blunt, R-Mo., only that she would consider his point that Missouri manufacturers have been hurt by the tariffs and would “take their needs into account.’’

Exerting political pressure from the other side, a coalition of steel companies and workers want to preserve the tariffs. “Imposing tariffs is always easier than lifting them,’’ said Wendy Cutler, a former U.S. trade negotiator who is now vice president at the Asia Society Policy Institute.

The Biden team will also have to decide whether to rethink Trump’s confrontational approach toward the WTO, the Geneva-based organization that sets and enforces global trade rules. By blocking replacements to the WTO's top court, the Appellate Body, Trump rendered it powerless to resolve disputes.

Biden may use the issue as leverage to persuade the WTO to enact changes that the U.S. has been demanding for years. These include making it easier for Washington to bring cases against other countries for unfairly subsidizing their companies or for dumping products in export markets at artificially low prices.

Likewise, Biden’s team is likely in no hurry to lift the tariffs that Trump imposed on $360 billion worth of Chinese imports in a dispute over widespread belief that Beijing uses predatory tactics, including cybertheft, in its drive to overtake the United States' technological dominance.

U.S. policymakers across the political spectrum are frustrated by what they see as China’s illicit trade practices, repression of the Uighur minority, crackdown on dissent in Hong Kong and aggressive territorial claims in the South China Sea. The Biden administration is unlikely to ease off without big changes from China

“It’s not like (the tariffs are) a near-term bargaining chip: ‘You give us x, and we’ll give you y,’ ” said Nathan Sheets, a Treasury official in the Obama administration and now chief economist at PGIM Fixed Income. "They want to keep the heat on China.’’ 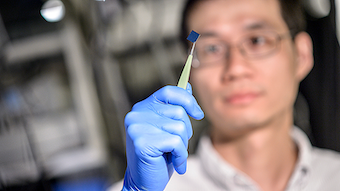