Troubled Conglomerate Missing Up to $15B

The company says creditors want it declared bankrupt after a global acquisition spree. 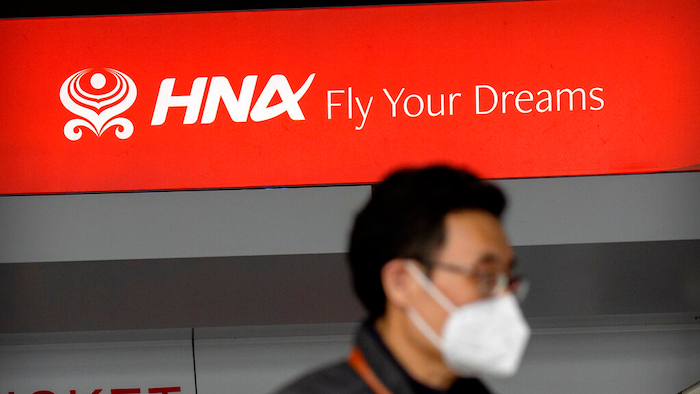 BEIJING (AP) — Companies that are part of HNA Group, a Chinese conglomerate that says creditors want it declared bankrupt after a global acquisition spree, want to recover as much as $15 billion that might have been paid out improperly to major shareholders.

The announcements highlight the tangled finances of HNA, the latest in a series of Chinese would-be global conglomerates that are struggling with debt and accusations of mismanagement after explosive growth and foreign acquisitions.

HNA’s status was unclear Monday, three days after it said creditors want the company declared bankrupt by a court in Hainan, the southern island province where the company is headquartered, to declare HNA bankrupt because it couldn't pay its debts. A spokeswoman for the Higher People’s Court of Hainan who would give only her surname, Wu, said she could release no information.

HNA, founded in 1993 as Hainan Airlines with one plane, was among companies including Anbang Insurance, Wanda Group and Fosun Group that went on a buying spree starting in 2014, acquiring hotels, sports teams and other assets. They were supported by low-cost loans from state banks and borrowing from the public.

HNA Group was struggling under $75 billion in debt when its core aviation business was devastated by the shutdown of global travel last year to fight the coronavirus pandemic. The Hainan government took control of the company last February.

In statements through stock exchanges in Shanghai and the southern city of Shenzhen, HNA Group companies said they need to retrieve or clarify the status of money paid out to unidentified major shareholders and others.

Business news outlets including China Economy Weekly put the total at up to 100 billion yuan ($15 billion). The companies referred to “capital occupation,” or money that is held improperly. They gave no indication whether anyone was accused of breaking the law.

Executives of other ambitious Chinese conglomerates have faced criminal charges for embezzlement and other abuses.

The founder of Anbang, which bought New York City’s Waldorf Astoria Hotel in 2014, is serving an 18-year prison term for fraud and embezzlement. The company was taken over by regulators in 2018 and relaunched as Dajia Insurance.

At its peak, HNA Group Ltd. reported assets of 1.2 trillion yuan ($170 billion), including stakes in Deutsche Bank and Hilton Hotels. Its cargo handling and other companies employed thousands of people in the United States and Europe.

As many as 500 companies linked to HNA are expected to go through restructuring, the business news magazine Caixin reported, citing unidentified sources.

The head of a government-appointed committee in charge of restructuring HNA debts wrote to 100,000 employees urging patience and hard work to get through the crisis, The South China Morning Post newspaper reported.

“We’ve been fumbling in a pitch black tunnel for three years,” Gu Gong wrote, according to the Post. “Through our work in the past year, we can finally see the light at the end of the tunnel.”