Many employers are still cutting jobs as the pandemic tightens business restrictions and leads consumers to stay home. 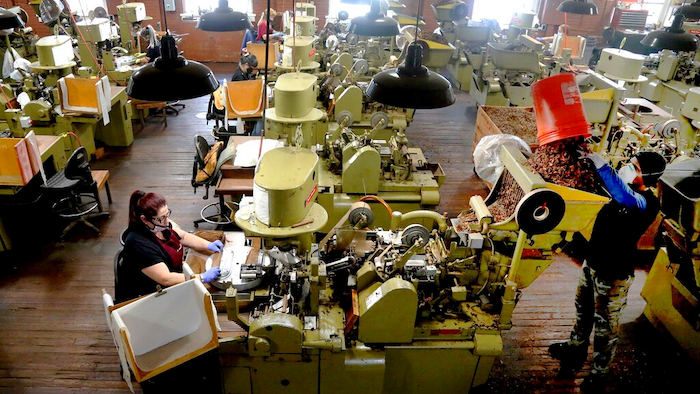 WASHINGTON (AP) — The number of Americans seeking unemployment aid fell slightly to 787,000, evidence of a job market stumbling in the face of the viral pandemic and the damage it has inflicted on the economy for nearly 10 months.

Thursday's figure from the Labor Department, a slight decline from the previous week, showed that many employers are still cutting jobs as the pandemic tightens business restrictions and leads anxious consumers to stay home.

At the same time, the number of people who are receiving regular state unemployment aid fell 125,000 to 5.1 million. And fewer people were on extended unemployment benefit programs.

On Friday, the government will likely issue a gloomy jobs report for December. Economists expect it to show that hiring slowed for a sixth straight month — and possibly that employers shed positions for the first time since the job market collapsed in April just after the pandemic erupted.

Unemployed Americans gained some urgently needed help late last month when a $900 billion rescue aid package was signed into law. That measure provided a $300-a-week federal jobless benefit on top of an average state benefit of about $320. As many as half the states are now distributing the federal benefit, according to an unofficial tally at UnemploymentPUA.com. In states that take longer to pay out the $300 payments, any missed payments can be made retroactively.

The federal extension of benefits was lengthened to 24 weeks by the congressional legislation. That program will remain in place until mid-March. A separate program that provides jobless aid to contractors and gig workers who previously weren’t eligible was also extended for 11 weeks. Both benefits had briefly expired Dec. 26, temporarily cutting off all aid for 10 million jobless Americans.

The Labor Department said this week that despite President Donald Trump’s delay in signing the relief package — he did so six days after Congress’ approval — jobless benefits under the extended programs that lapsed Dec. 26 should be paid out without interruption.

The continued weakening of the U.S. job market coincides with other signs that hiring and economic growth are faltering under the weight of the pandemic. On Wednesday, payroll processor ADP reported that private employers shed 123,000 jobs in December, the first such monthly decline since April. ADP’s figures generally track the government’s jobs data over time, though they can diverge significantly from month to month.

In November, consumer spending — the lifeblood of the economy — declined for the first time in seven months, having steadily weakened since summer. Retailers have been especially hurt. Purchases at retail stores have dropped for two straight months.

During the holiday shopping season, consumers pulled back on spending, according to debit and credit card data tracked by JPMorgan Chase based on 30 million consumer accounts. Such spending was 6% lower in December compared with a year ago. That was worse than in October, when card spending was down just 2% from the previous year.

A provision tucked into the COVID relief bill restores full deductions prized by business and lobbyists for fine dining and schmoozing.
Dec 23rd, 2020
Follow Us
Most Recent