California-based public corporations must have at least one board member from an "underrepresented community" by the end of next year. 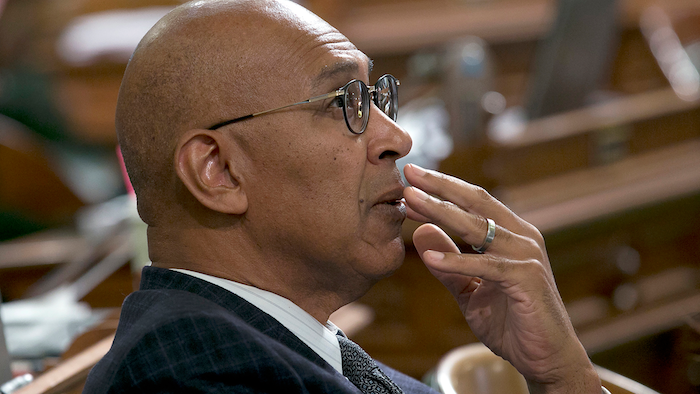 SACRAMENTO, Calif. (AP) — Hundreds of California-based corporations must have directors from racial or sexual minorities on their boards under a first-in-the-nation bill signed Wednesday by Gov. Gavin Newsom.

The diversity legislation is similar to a 2018 measure that required boardrooms to have at least one female director by 2019. Like that measure, it could face court challenges from conservative groups who view it as a discriminatory quota.

Supporters evoked both the coronavirus pandemic that is disproportionately affecting minorities and weeks of unrest and calls for inclusion that followed the slaying of George Floyd in May in the custody of Minneapolis police.

After Floyd's death, many corporations issued statements of support for diversity, but many haven't followed through, said Assemblyman Chris Holden (D-Pasadena), who co-authored the bill.

“The new law represents a big step forward for racial equity,” Holden said. “While some corporations were already leading the way to combat implicit bias, now, all of California’s corporate boards will better reflect the diversity of our state. This is a win-win as ethnically diverse boards have shown to outperform those that lack diversity.”

By the end of 2021, the more than 660 public corporations with California headquarters must have at least one board director from an “underrepresented community," according to the measure.

Those who qualify would self-identify as Black, Latino, Asian, Pacific Islander, Native American, Native Hawaiian or Alaska Native, or as gay, lesbian, bisexual or transgender.

The measure requires at least two such directors by the end of 2022 on boards with four to nine directors. Three directors are required for boards with nine or more directors. Firms that don’t comply would face fines of $100,00 for first violations and $300,000 for repeated violations.

At an online signing ceremony, Newsom said it was important for minorities to have a voice on the boards of powerful corporations.

The legislation was part of a package of racial justice measures signed by Newsom before a midnight deadline. Others bar the use of peremptory challenges to remove potential jurors based on racial, religious or gender identity; allow judges to alter sentences that are believed to involve racial or ethnic discrimination; and set up a state task force to study the idea of reparations to African Americans for slavery.

The text of the corporate diversity bill cited the Latino Corporate Directors Association, which said 233 of 662 publicly traded companies headquartered in California had all-white boards as of this year. Nearly 90% didn't have any Latino directors, although Latinos make up 39% of the state's population. Only 16% had an African American board member.

The only official opponent in a legislative analysis was former California commissioner of corporations Keith Bishop. He objected that that bill, coupled with the existing diversity law, would make it more desirable for corporations to pick women who also are members of the underrepresented communities to simultaneously meet both sets of quotas, to the detriment of men or women who do not meet the qualifications in the new bill.