The 33-year-old was the CEO of a ride-hailing motorcycle startup. 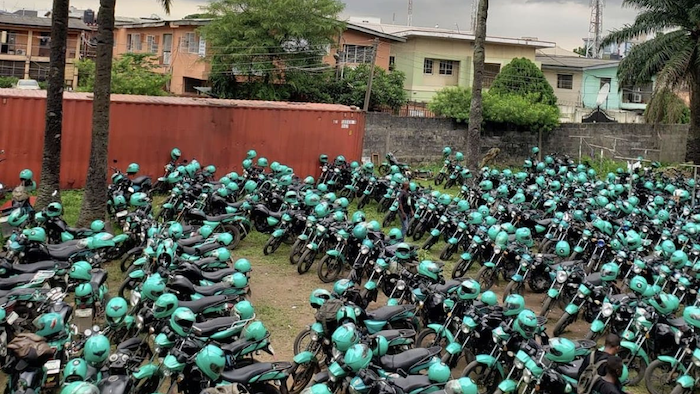 NEW YORK (AP) — The dismembered body of a 33-year-old tech entrepreneur was found inside his luxury Manhattan condo where an electric saw was left behind, police said Wednesday.

The victim, identified as Fahim Saleh, was found at around 3:30 p.m. Tuesday inside his luxury seventh floor apartment on the Lower East Side. There have not been any arrests in connection with Saleh's death.

A relative called police after going to check on Saleh and making the gruesome discovery. Responding officers discovered a clothed torso, bags containing a head and arms and the electric saw in the living room, police said.

Investigators also recovered security video showing Saleh exiting an elevator earlier Tuesday afternoon closely followed by someone dressed entirely in black, according to a law enforcement official who was briefed on the case. It also shows a struggle between the two ensuing at the entrance to the apartment, said the official, who wasn't authorized to discuss the investigation and spoke on the condition of anonymity.

Saleh was the chief executive officer of a ride-hailing motorcycle startup called Gokada that began operating in Nigeria in 2018.

The company confirmed his death on Twitter Wednesday and said, “Fahim was a great leader, inspiration and positive light for all of us.”

Investigators were exploring whether the killing could have been related to Saleh's business dealings. They also were checking security camera video from around the neighborhood to try to learn where the assailant fled.

Apartments in the 10-story building where Saleh's remains were found sell for more than $2 million. The building was completed in 2017 as part of a wave of gentrification in the once-gritty neighborhood.

Person in Custody in Killing of Tech CEO